A Letter to Mary the Mother of G-D

A letter written by me,
to Mary, the mother of G-D. I have imagined what it would have been like to have a friend that would understand how I felt, when I found myself pregnant, at 17 and all alone. I so needed someone in whom I could
confide . There was no such a person available to me. I further wondered, if I met Mary what would happen?
Mary was about 15 when she was pregnant. I thought, she might understand me in ways, others could not. 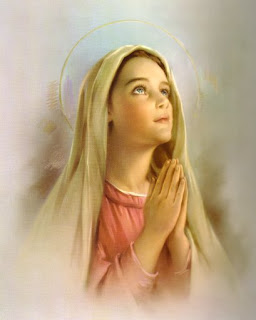 Dear Mary
I don’t know if you will ever realize just how much I appreciated your kindness at the well this morning.
I was feeling so alone, as I find myself pregnant at 17. I didn’t realize, until today, that you are so young yourself…15??? I would have never guessed.


What was so life giving to me, about our encounter, is that you understood the shame of not being married while carrying your own child . I have felt such shame and rejection. How about you? I know I have brought this upon myself, but you have not judged me.
How was it when you told your parents? I can imagine that it was not easy, as a matter of fact, it was probably one of the hardest things you ever did. Did you see disappointment in their eyes, like I did? Did you worry
that they would disown you? Was your heart beating so fast within your ches that you thought they could hear it? I know mine was beating a million beats a minute.
After the initial shock wore off, my parents were kinder than I expected. I guess they were able to draw from deep within themselves, the love they had, for me. I know, when I have children of my own, I want to show them such love. I am sure they wondered if they failed, as my parents.
Joseph…Oh Joseph!!!... I forgot about him! Have you told him yet? I shouldn’t take such liberty with you, as we have only met…but is he the
father of your child? I mean, when I think about it, who else could it be? I
hope he doesn’t reject you. I know that you and he have had great plans for
your future.
As for me, unfortunately the father of my child will not marry me. Why
is the female always to blame? Oh yes, I have confessed my transgression to our G-D Almighty but most men think it okay for the woman to bear consequences of such wrongs. I know that is their way, but Mary, I will
tell you that deep inside me, I am so angry it is so.
Your Joseph seems like an honorable man and I am sure that he will do the right thing.


Even though we are both pregnant …young and all… your pregnancy seems different. I can’t put my finger on it, but it does. Somehow
though, that doesn’t seem to matter. The highlight of our conversation was that you have compassion on me and an understanding that not many people have.
One thing I have always noticed about you is that you seem to have such a devotion to Almighty G-D. It seems to me that it is a connection, very few have. I have to admit that I am jealous of that, in a good way though. I want to learn to seek Him, so that whatever He asks me to do, I will do it. I imagine you are one who would have a quick obedience. I don’t want to assume that your trusting has always been automatic…you seem to have more experience with G-D, to know you can trust Him.
I have wondered…I hope you don’t think this question is very silly…but have you ever seen angels? The reason I ask that is, I know people who have a deep relationship with G-D, have claimed such appearances. I am not kidding, I have heard that. I don’t know whether to believe that. But as I lay in bed, this morning, I thought…”if there is anyone, who I would guess could see angels, it would be Mary.’’
Thank you again for not rejecting me. It means so much.
Perhaps what makes that easier is on some level, you understand so many nuances about a pregnancy, without marriage.
I pray for the health of your child. I ask G-D to give you a good pregnancy and safe delivery. I pray for you and Joseph and your future
together. I will ask you to pray for me too.
I know that you study G-D’s word for information, but you pause and meditate on it…what is the word I would like to use?…oh yes…you seem to ponder it…deep  within. I want that kind of trusting devotion.
Thank G-D that He sent me a friend like you.
With love in my heart,
Your new friend,
Linda
Posted by It's Something Beautiful

How tender and sweet - beautiful blog