Linda Maynard is a real trooper - despite lack of power and computer problems, she continues on...This is HER blog.

I can think of two times in my life that were so significant, that they were places that I built altars of remembrance. 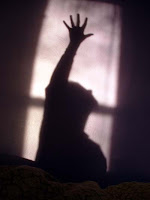 The first was, when I was a 17 yr old. I was pregnant, out of wedlock. At the time, there was much shame attached to such a pregnancy. I was scared and felt alone. I had messed up my life but I think I was more bothered  that I had disappointed my parents.  Abortion was a word I hadn’t ever heard. Sometimes since then, I have wondered, if it was so open and freely available, would I have chosen that path? I can’t honestly say. I know I felt hopeless. I can understand what may seem to some as an easy solution.

I was contemplating suicide. It wasn’t just another “Oh life is just too hard“… I was making a plan and a way to do it.  When I was deeply thinking about it, the Lord invaded my thoughts with one that said something like this:


”Did you realize that you would be killing two people and not just one?”
I honestly had not had that train of thought.  In that moment, I have to say, I cared about my child more than I cared about myself. That was enough reason to not go through with my plans.

The other moment was an volatile encounter with my husband.  We have been married for 41 years and I look back to a day when we were married about maybe 10 years or so.  We were both raised in the same denominational church and didn’t practice our faith when we dated, nor as newlyweds.

When our children were young, I became a follower of Jesus. I embraced the message of the Cross, realizing that before I knew “about” Jesus but now I “knew” Him personally.  This presented a huge problem in our marriage as my husband was angry, suspicious and irritated by my new faith. It seemed to me that my new faith was tearing us apart, rather than brining us closer.

I was new in my faith. I was confused. I loved my husband very much. As arguments escalated about my beliefs or church and Bible Study attendance, I didn’t know where to turn.  One day, we were in our bedroom and the fight continued. We were screaming at each other. I was angry, confused and not a little afraid.  I wanted to be a good wife and do things right but this was going on for months and was going nowhere.

I was so distressed that I had my Bible in my hands.  I started to rip pages out and throw them at him. I screamed:


“Is this what you want???…
OK…this is what you want…
I will destroy this book that is coming in between us!”
I was making no sense. I didn’t even know half of what I was saying. He left the room.  I felt he had “won”  I was furious…I didn’t want to be controlled and certainly did not want to live like this. I decided, once and for all, the marriage was not worth it.

I was sitting against the wall, when the still small voice of the Lord spoke to me.  He literally brought me back to the altar on the day of our wedding and said:


“Did you mean it when you said before Me that
you promised to stay with your husband
for better or for worse…
in good times and bad…
till death do you part?”
I was shaken…He got my attention though. However, He was waiting my answer…could He take me for my word???

I knew things would not become any easier and would probably be harder (which they were for 13 more years) but I had a chance to find out if I was a woman who could be trusted with her word.


I stayed in my marriage and continued to grow with the Lord.
There still were many more times of conflict and I remember feeling resentful and lonely but it was a marriage worth saving.

I love you Joyce. You truly inspire me to self-reflect when you share stories like this one.

Doing the right thing is often also doing the harder thing as I constantly remind my teenager.

Thanks Tony but I just posted it - my altar offering will come tomorrow... this is Linda Maynard's blog. I just am helping her get it posted.
Blessings to you!

Sorry Linda! I love you too!

Very moving testimony of faith. Thank you for sharing and for your work in His name.

Thanks Tony.. Love ya too....You are surly an encourager
.
I was kind of fooling around this morning and I think I have a better understanding of how to insert a picture into my text...not all the way there...hey...but I am getting there.
You may be going "inserting a picture???" DUH!!!
But actually I don't think you are. Joyce has been extremely patient with me over the years and you sound like a good guy too.
And thanks for the offer of tech help...I want to learn.