Give me warm weather and Attie Gene's lemonade anytime...

What's not to love about Summer! If I sat down and made a list of my Top 10 best memories from my youth, I'm sure at least 6 would come from the summer months. Like Tracy, Vacation Bible School was a big part of the break from regular school. The adults always made sure each year was memorable and exciting...and I greatly appreciate that fact to this day.

As a teenager, I was always looking for ways to make money in the summers. Opportunity usually came in either a hay or tobacco field. Growing up in East Tennessee, both types were in abundance. It wasn't unusual to gain a day of work by word of mouth. My dad would say 'so and so' needs help with hay on Saturday or 'so and so' needs to top his tobacco tomorrow...and there you go. The going rate was usually $20 for an entire day which was a fortune for a teenager back then. Once you got the rep for being a good worker, you'd stay busy most all season.

Putting up hay was hard labor in those days because everyone 'square-baled' back then. For you urban types and kids born after the Reagan Administration, a square bale of hay is a near extinct commodity that was neither light nor square. 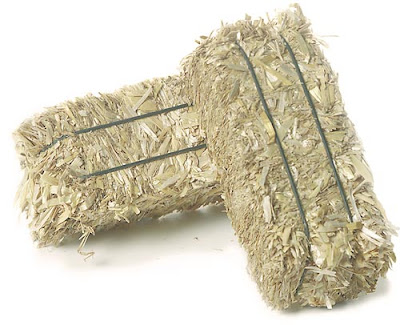 These days, square bales are usually limited to Fall decorative displays...well...and erosion controlling devices in some of the poorer counties. Farmers got away from baling this way because it was labor intensive...and labor for such task has gotten both scarce and expensive.

Everyone else was a thrower, and I was usually in that group. We would work, share stories, and laugh at people who picked up a bale with an unfortunate tortoise or unusually slow rabbit who got in the way of the baler and ended up mauled. It was hard work, but at the end of the day, the $20 was very real to me. I wasn't about to run out and spend it frivolously on something that would be a distant memory by the next weekend.

Later in college, I worked  in the warmer season as the gardener for Judge Thomas A. Shriver, a former member of the Tennessee Court of Appeals in Nashville. Judge Shriver liked to help local college students where he could, and through a stroke of totally blind luck, I got the gig to work at his home when he needed things done around the grounds. Now it was my responsibility to contact the Judge or his wife, Attie Gene, to see if they needed me for work. I would check in a couple of times a week with each call always resulting in a few moments of encouragement from both of them on my school efforts.

But working at the Shriver's became much more than just a paying job for me. The day would start with meeting the near 90 year old judge 'out back', where he would be in his yard hat and boots. There I would get my marching orders for the task at hand with each list always ending 'and turn the compost pile.' Often Judge Shriver would point at a tree or bush he wanted trimmed, but the shaking of his hand would leave me wondering which of the 3 or 4 plants he was referring. So not to embarrass him, I would walk over to the area and placing my hand ask, 'This one Judge Shriver?'

Lunch was always educational and more adventurous than the yard work. Mrs. Shriver would call us in by literally ringing a bell. The Judge would change footwear and put his hat up for lunch. We would wash up in the basement and proceed upstairs where lunch was served on the Shriver's silver settings. Not to paint a wrong picture here because the Shrivers were obviously well off financially, but their home was modest and seasoned. Judge Shriver would eat his lunch in front of the television from a TV tray after his wife got him situated and served. She would then join me at the table where the lunch spread was both diverse and plentiful. I experienced my first crumpet at that table and hot tea poured from a silver pot. It all seemed so...surreal.

Mrs. Shriver: So you found a snake in the yard? Was it the poisonous kind?

Young Tony C: No ma'am, just a black snake. I took care of it.

Mrs. Shriver: More blackberry preserves? Could they get into the main house?

Young Tony C: No thank you. I don't think so. We've got the doors around back sealed pretty good.

Mrs. Shriver: Thank heavens. I would just die if one got in the house. God made the woman and the snake mortal enemies in the Garden of Eden...you remember.

Young Tony C: Yes ma'am I do. But don't worry. That one will never bother you. That I'm sure.


By the end of lunch, Judge Shriver would be well into his afternoon nap in his reclining chair. I would go back to the yard to finish my list and any other task I could see needed to be done that day. By the time the turning of the compost pile got around, the Judge would be awake and back in the yard with me. Then came my favorite part of the entire job. Getting paid? No, not quite. Judge Shriver and I would clean up and go to the front porch where Attie Gene's famous lemonade would be waiting. No matter how busy I was or what I needed to get back to at school, we would always sit and talk over at least one glass of lemonade. He would share with me a story from his past that was actual living Tennessee history or a favorite story from the Bible.

Don't ask me how I knew the magnitude of those stories as a naive, brash college student in Nashville looking more for the fun side of carpe diem than the philosophical significance...I just knew. I needed the money, and that's why I took the job. But no matter how hard I worked, the payout I received in time spent with the Shrivers combined with the actual wage always outweighed my efforts. It was an experience in my education that I consider invaluable.

I've never been on any court that didn't involve a ball. I'm pretty sure there are no silver serving trays in my house...well...at least to my knowledge. My home is modest at best. But I truly hope to share the same experience with some young person at some point in my life.  I have a ton of stories, know a bit about biblical life application, and Mrs. Tony C makes a pretty decent pitcher of lemonade too...
Posted by Tony C

What a delightful tale....it's like something from a movie. Never cease to be amazed at how very southern you are!

The woman and the snake are mortal enemies. Amazing.

Tony, souther? The boy sounds like Elvis on the phone!