If I were to be able to recover the large brown Olan Mill’s photo album, in addition to the pictures on its pages, I would find scraps of paper.  Some would be old report cards from PS220, there would be the card signed by Mr. Marquardt from Hickman High School saying I had completed drivers education.  A picture of Tondi Lund with red writing on the back telling me she’d never forget me and not to forget our struggle, or stump the youth pastor.  These were an odd combination of snippets of my life.  Included was also a small piece of paper, in blue ink I had scribbled a quote from a book I had read. I believe it was a book by Willa Cather.  It read something like this:

The tinkling sound of her wedding ring on her mother’s china in the cupboard, she was a woman full grown.

I must have been 14 when I scribbled those words on that piece of paper.  Somewhere I had heard that it was a good idea to save quotes from good books.  Those lines sent me to dreaming of the day I had my own home.
The girls of my generation almost all had doll carriages, miniature replicas of large prams that sat outside the stores on 5th Avenue.  Almost as if it were a different world, the prams were filled with babies while their mothers shopped inside.  Some would be sleeping, others sitting upright strapped in place with a harness.  I would stop and admire all the babies.  If one were crying, I would talk to them.  Then I would check my own “baby,” my Betsy Wetsy doll, and go on with my own tour of 5th Avenue.  My father would smile, as I would stop to check my baby. 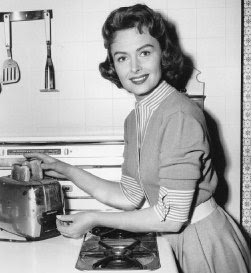 Thinking I was ready for life and fearing no one else would have me, at 16 I walked down the aisle of a church with my father.  I was a happy bride.  I would be a wife and within a year, a mother.  My father would smile at me, perhaps consoling himself at my early marriage, and say “all Yoyce ever wanted to be was a wife and mother.” I’ve written about those sad, difficult, and tumultuous days before.  The dream became a nightmare of abuse, betrayal, and ultimate abandonment.
I could tell you about all the dreams that have been dashed and crushed.  I spend a lot of time thinking about them of late.  I am reaching a major milestone birthday.  Yet, my father was right.  All I ever really wanted when I was a child was to be a wife and mother.  Maybe it was my generation.  We had so few options as women.  We could go to college if we couldn’t find a husband in high school and be a nurse or school teacher.  Or if we hadn’t prepared for college, we could work in the steno pool until a husband was secured.  It was an Ozzie and Harriet, Father Knows Best, and Donna Reed sort of world.  Mary Tyler Moore hadn’t told us you could be a single woman and be happy, she was still the dutiful wife of Dick Van Dyke.  None of those careers options appealed to me at 5, or 8, or even 14, when I carefully copied that quote.  I wanted to be Donna Reed caring for a family with her pearls on.
My childhood husband irreparably broke the vows we took in our teens.  Yet the vows I exchanged with my true soul mate are still intact.  In February, we will celebrate 34 years together.  I’ve given birth to and raised 8 children.    My daddy was right; all I ever wanted was to be a wife and mother.  Yes, I am living my childhood dream.
Posted by Joyce Lighari