Motherhood was not something I aspired to as a youngster. I had no starry-eyed illusions about raising children--because I was a selfish creature, I assumed any offspring I produced would be selfish as well, and would thus require something I really did not want to give...my effort and  energy, and quite possibly, the putting aside of certain dreams and ambitions. This was something I understood as a teenager.

As a young married adult, I sensed that God was changing my heart about motherhood. By changing my heart, I do not mean that I suddenly grew rose-colored glasses. He softened me to the idea that perhaps what I wanted so badly--a career--was not His best for me. He had a deeper, richer future for me as a wife and mom first, career second. 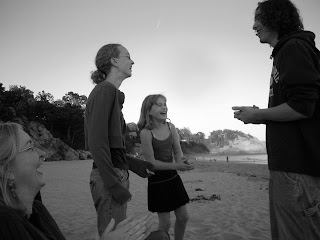 This was not an easy change for me. Nor was it a one-time decision. There were several times where I doubted my abilities to parent well, or struggled with leaving the career-track. Sometimes, the idea of taking a long vacation from parenting seemed really tempting--but since I missed my children when  away just one night, ditching them long term was never going to happen. And after a short season of restlessness, God would always give me an event or sweet reminder that I was chosen to be the loving mom to three precious lives. I was on the right path, even though it was not always smooth.

So, the other day I read--with probably not a little judgment-- about grown women increasingly choosing to shirk motherhood because the choice they originally made is “not a fit” for them. These include women with college degrees, many who were no doubt proclaimed to be among the best and the brightest.  I was barely out of puberty when I could see the writing on the wall of the childbearing years, and these mothers are surprised by the work and sacrifice of parenthood? The real challenge these women face, of course, is not motherhood: it is the self. She looks in the mirror and sees the One Who Truly Matters. Narcissism is the plague of our times.

Peggy Drexler wrote on CNN.com about mothers leaving children permanently in the care of fathers or other caregivers, describing the phenomenon as if it were some kind of emotionally detached science experiment: “American culture ... is still conditioned--through the media and pop culture--to believe that many women’s greatest desire is to have a baby. When mothers abandon their children, it’s seen as unnatural.”

What can be “natural” about leaving your child? It is not the same as changing a career or moving to a more desirable location. Children are not things, they are complex, feeling little beings deeply attached to their parents. An absent parent--be it mother or father--leaves a void. The CNN piece, by the way, ignored the fact bad fathering even exists: if the mother willingly leaves her children, the writer seems to assume, it must mean the father is the better care-giver, and therefore the child will be okay.

According to writer Deborah Moskovitch, “a parent's rejection of a child or a parent's inconsistent presence could drastically affect a child's self esteem ... [but] one good parent who is loving and nurturing can overcome the negative affects of losing the relationship with the other parent.”
This assumes there is a good parent or caregiver left behind as well.

Motherhood is a gift. Just ask any woman yearning to have a child. A gift can be returned if it doesn’t fit, or if you already have one like it. But parenthood should have a no-return policy. Our children need us. If you are struggling as a parent, get help. Join a support group, surround yourself with emotionally healthy people who care about your family, communicate honestly with your spouse about your struggles, speak with a trusted counselor. You are a gift to your children, one they would not choose to return.

"I’ve told you these things for a purpose: that my joy might be your joy, and your joy wholly mature. This is my command: Love one another the way I loved you. This is the very best way to love. Put your life on the line for your friends." John 15:13.
Posted by Kerry Luddy

In anticipation of mother's day

For the next few weeks, in honor of Mother's Day, we are going to be talking about Godly women.  First, those Godly women in our lives who shaped us - could be our moms or other women whose love and influenced help make us who we are.  Next week, our focus will shift to the heroes of faith in the Bible who are female.  We'll look first at those from the Old Testament and then those from the New Testament.

While writing has been slow by your KBers, and we apologize, let me give you a brief update.  I finished my doctoral degree completely - no more hoops or obstacles, I'm Dr. Joyce now.  My graduation ceremony was last Saturday and on that day we had a HUGE banquet type party to celebrate that, and our 35th Wedding Anniversary that is actually in February.  I've been exhausted.  And no break from work, so, I apologize again for being slow with writing.  I got to see all my children and hold for the first time my two great granddaughters, the twins.  I also got to see again one of my other great granddaughters - the other two great grandbabies couldn't make it -- Most of the grandkids were there as well!

Linda is here with me in Tennessee.  I've exhausted her as well.  Hopefully she'll recover enough to resume writing this week.

Jenna is taking a break from KB.  She is going to be using her time for other writing efforts.  We will miss her strong positive outlook and fun approach to life.  We wish her all of God's best in everything she does.

Rather than write a new post, I invite you to read a former posting about Godly women - you can read about her here.
Posted by Joyce Lighari