Why Hearing Father Say, “I See You!” Can Be a Good Thing. 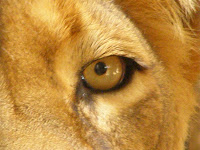 This week on Kingdom Bloggers, we have been asked to write on the name or characteristic of God that has been prominent in our lives, as of late.

For me, I have encountered El Roi…the God who sees.

Hagar, in Genesis 16, is actually the one who speaks out His name as such. She is said to be the only one in scripture that has named God through her experience.

According to the story, she was the maidservant of Sarai, (later Sarah) the wife of Abram (later Abraham).
Abram has been promised by the Lord, that he would have so many descendents that would form many nations. This didn’t happen quickly enough in Sarai’s eyes. There was a big problem in that, his wife, Sarai was not getting pregnant.  She decided to orchestrate the answer. (Not like we would do anything like that, would we?)

She speaks to her husband and tells him to take Hagar and become intimate with her. Hagar does conceive. Soon after, Hagar starts to treat Sarai with disdain. Sarai eventually sends her packing. 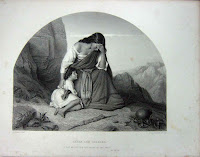 While Hagar is in the desert, she encounters the angel of the Lord. After the conversation, in which the angel tells her to return and to submit to Sarai, Hagar calls God…El Roi…the God who sees.

Up until then, she may have felt very alone. Her thoughts probably went something like this. “Hey, is there anybody up there? Does anybody care what happens to me? It’s not like it’s my fault alone. Besides Sarai treat me bad,”

In this, I can relate to Hagar. Even though she was rejected and thrown out, was it all her fault?  Did she bear some blame? The Lord acknowledges her and in that encounter, she has the assurance that the Lord has knowledge of her predicament. Yet, He tells her to return to Sarai and submit to her.

We need to know that for today, for our yesterdays and for our tomorrows.

He knows what is going on, what went on and what will go on. He hasn’t lost track of our life.
He doesn’t, one day, go “And you are______??? Your face looks familiar, but I can’t place you. You see I have so many children.”

No, He promises never to leave us or forsake us…ever.

Having Him see us when we are obeying Him, is the easy part. We don’t do that for brownie points, but rather because we want to please and honor Him.  But what about the times that we are out of His will?  If we have a foundation, of knowing that His nature is to lead us into paths of righteousness… not to catch us but to give us freedom and life, it may be hard but we’ll be OK...

I was shaken recently, by an incident in which I got a traffic summons. I was not happy with myself, that I made a dumb mistake. But I got caught and I was at fault.

It was suggested to me, to make a call to someone who could “take care of this ticket”. What saddened me is that this person and others, who were mature Christians, justified that type of action as being OK. That came along with the attitude that “everyone does it…no big deal” They almost looked like they pitied me because I said “No…I don’t feel comfortable doing that. I deserved the ticket. That’s not right.”

When did it become OK to justify this behavior in the sight of God? I am pretty sure that these same people would say a sin… is a sin …is a sin, in other circumstances. Somehow, to them, this doesn’t apply to the standard of lying. Lying, according to the Word, is something that the Lord hates.

When I thought about it further, the fault, in my opinion, would not only be laid at the feet of the person who asked for this “favor” but at the official who would grant it.

I even had someone say something like “Well, Jesus offered mercy at the Cross and we deserved punishment.”

Huh? How could someone even say this is the same?

I have to be honest, for a split second, I listened to the voice saying “Oh, come on, God didn’t REALLY say you couldn’t do this…did He? Besides, you know, this is an expensive proposition and money is tight! Think of this as a blessing!  And everyone does do things like this. It’s not like you are bribing anyone. Come on, lighten up.”

The Lord does not act like Big Brother, waiting in the shadows to catch us, but His truth ALWAYS brings Life…NO EXCEPTIONS!

And that is either true for us or not.

It is that mysterious gift called free will.