Don't Let the Money Burn a Hole in Your hand


It’s funny how kids can take things so literally. As far as the Title of my blog, my father used to say that to me. He had worded the quote wrong. It actually says “Don’t Let the Money Burn a Hole in Your Pocket.” I can remember though, when he handed me some coins, I was unsure if I should or should not spend them. I honestly thought my hand was going to light up into a flame.

This week, on Kingdom Bloggers, we are writing about things money can’t buy.

Ideally, I would like to have the attitude of the Apostle Paul, always being content whether I had plenty or was in want. But hey, I am not there yet. 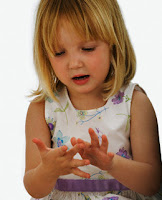 I have been thinking about what on earth I would write about and the first thing that popped into my mind was my Sobriety. I have been sober since June of 1979. I really don’t think about it a lot but I said YES…that is key for me.

So much of what I enjoy, in my daily life, would be colored differently, if I was not clean and sober. My husband would be affected and perhaps would  have decided not to stay married. If he did, I am sure that his life would be filled with disgust, anger and a futile feeling of wondering why I just couldn’t quit. There would have been a lot of arguing as well.

My children would have suffered greatly in their formative years. I can remember when I was in the Treatment Center, a wise older male counselor, who looked like Yoda (I kid you not), said something to me. He said “You are very fortunate that your children are as young as they are. They probably will not remember your drinking days. “(They were3 and 5 at the time) He kind of gestured to other women and said, “Some of these women have older children that already hate them.” What he said was true, as I have apologized to my children on numerous occasions and they say “Mom, we don’t even remember. And yes mom, we forgive you.”I would say that they have had a decent childhood.

Another area, that would be affected, is my relationship with my grandchildren. I would never be trusted to care for them, as I do. Nor would I be able to drive them in a car.

So…yes…my sobriety is a treasured gift. One of the slogans of AA is “A Grateful Heart is Always Sober”. I am one thankful person, as I believe Alcoholism has a genetic component and some people, that I love, do not yet have the freedom that I do.  Growing up, with it’s influence on our family, it had long standing negative effects.

The second thing, that I know could not have a price put on it, is the ability to walk.

My dad suffered a devastating stroke towards the end of his life. He was completely paralyzed for about 7 years. To watch him, a fiercely independent man that was physically big in stature and presence, suffer in this way was heartbreaking. As much as it was for us to watch him, I am sure for him, it was a living hell. It affected his limbs, as well as his bodily functions. He became totally dependent on others, as he ended up in a Nursing Home. It became, not a thing that happens to other families, but a reality in our midst. As I result, I could never again take for granted health and mobility.

There is an incredible price, in some countries, to pay for belief in the Lord Jesus Christ. I know that we often, in America, will say that we are grateful that we enjoy our freedom of religion, but do we ever think about what we would do in such circumstances? I honestly pray that I would be as committed and brave, but I don’t know.

I do know that I don’t want to be one who says I wish I was more grateful, when we had religious freedom, if it was ever taken away.

I know that doesn’t sound very positive, but as freedoms in our country are slowly eroding, it is something I think about.

It goes without saying that I consider my greatest gift, that money could never buy, is the freedom that the Lord Jesus Christ wrought for me on the Cross

Can we ever be thankful enough for the ultimate sacrifice that Jesus gave for mankind?

Lord, help us to have that truth, ever before us all.