Don't Leave Home Without Them


This week on Kingdom Bloggers, we have been asked to list 5 things that we would take with us if we had to leave home suddenly. This takes into account that we would already have practical things and money on our list. 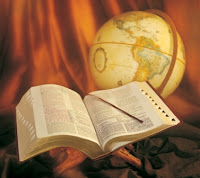 1) I would definitely take my Bible. Which version might be a dilemma to me but I probably would choose my Amplified Bible. I would also take a NIV Bible, with the thought that I could tear pages out of it to give to people who didn’t have a Bible or those who had just come to faith. At least they would have a portion of the Word. That decision is based on a testimony I heard years ago about a man who was a prisoner in China for many years.He had a little piece of paper with 1 scripture on it. He said that, the Scripture sustained him all those years. 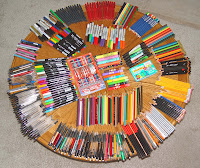 2) I would take my many pens, colored pencils, lead pencils and markers. I would also bring a huge stack of index cards to draw and write on. I presently do two things already iwith these cards, as the Lord leads.1) I am often lead to write Encouraging Prophetic message for a person. In the past, I too have been given words and then have forgotten a lo of what has been spoken to me. So I feel that by writing them down, people have a change to review and reflect on them. 2) The other thing that I have started doing recently I giving a bunch of about 30 cards to a specific person that the Lord has put on my heart. They may need an encouragement from the Lord. I draw a little picture and write something on each card. For each person, the drawings are different, as well as the messages. I put them in order, as the Holy Spirit leads and trust that each day is the words that that person needs for that day. I tell them not to peek into the next day’s message…ha-ha…not sure if they comply. Both practices have been a discipline for me to tune into the Holy Spirit so that I could bless others. 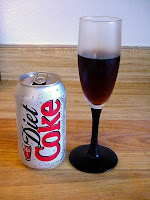 3) I would take as much Diet Coke as I could carry. I know, I know,…it’s terrible and it isn’t healthy at all but I drink it every day. (My bad). I would bring enough to at least wean off of it so that I wouldn’t get a caffeine withdrawal headache ( *grin*)
4) I would take as many craft supplies as I could to make things for other people. As my granddaughter has recently taught me how to do origami, bringing papers for that would be a light load. 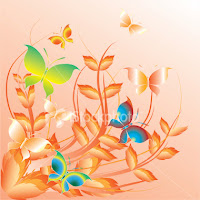 5) I don’t have much memorabilia from my parents, my son and my brother and such, so I carry their memories in my heart. What I would remember to take though is “Baby”, “Tiger”, Blankie”, and “Chickie” for my grandchildren, as I believe that I would leave not leave home without my grandchildren. It would be hard for them not to have their “cuddlies”. In that vein, I would have stories for them in my heart, that I would tell them. Beacause we are talking about stories, I probably am “cheating” as I add this additional item to take, but I would bring my Library Card ( just in case there were Libraries open and functioning), so that I could borrow books for myself as well as my Grandchildren.
I trust that with all of us, what we will be carrying, is not visible with natural eyes but would be the most important thing that we could carry and that would be the Presense of the Lord. 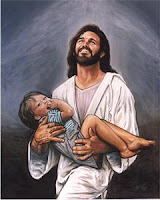 He travels light. He would breeze through airport security. He would be lead the way on the paths long before carved out for me. He would be with me to offer Light in the nighttime and the assurance that He is looking out for me and my loved ones. He would carry me, when I tire. He would be the navigator. He would be before and behind me and on each side of be, protecting me and hedging me in. He would be THE best travelling companion and I would find comfort in that He has walked the path way before me and He knows the way.
In actuality,it would be essential to have Him go with me. He would never be an additional load to me.
As,…“He ain’t heavy, cuz He’s my Brother!
( OK, you are allowed to groan at that last line!)
Linda Maynard

I was thinking about this as I read a few of the posts. I guess the things that are an extension of who I am come to mind. I am pretty lucky that my Bible, all my important photos, my writing and years of work live on the Internet.

- Guitars (they are like kids, no 2 are alike.)
- The box of momentoes my wife has given me.
- Jewelry, not because of value, but because of the personal nature.
- Original kid art from my girls.

Everything else can be replaced.