Lifetime Pots and Pans and a Working Garbage Disposal

Call to Me and I will answer you. I’ll show you marvelous
and wonderful things that you know nothing about
Jeremiah 33:3

This week's subject of praying for something and the answer being better than expected seemed pretty straightforward to me. My answered prayer has a name and he is Marcel. my husband.
Initially, this prayer was a weak one. Probably no more than a whisper…a mustard seed proportion.
At the time, I had not expected to meet a decent man. Actually because of previous circumstances, I was leery and almost lost hope.

My mother, ever the one who held out hope for me, encouraged me to buy a set of Lifetime Pots and Pans. At first I thought it was a silly purchase, but she owned a set. Acting like a saleswoman herself, she talked me into signing a contract to pay so much a week. I mean how could you go wrong with a set that had a Lifetime Guarantee?
Isn’t it like a mom to hope for the best for her child? I am not sure I appreciated it as much as I do now. 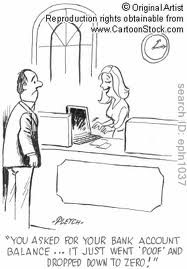 Soon after, my Knight in Shining Armor galloped into my path…or should I say, at our first encounter, he gently coaxed me to the side .He did so, so that he could balance my teller window at the bank we worked at. He was no less a hero than a Knight though, as he quickly resolved the problem I was having. Thus the rest of the staff could finally leave to go home, albeit with loud sighs.
Marcel came from a small town in CT. It is called West Wauregan and is in the town of Brooklyn. His friend Bob, who also worked with us, glossed over the West Wauregan part and said that they were from Brooklyn. He was kind of embarrassed, coming from a town that no one had ever heard of.
When I heard this I said “Brooklyn! My brother went to Law School there! You know Saint John’s University?
Marcel groaned “Whoa...wrong Brooklyn…we live in CT, not New York.
The things that stood out for me about Marcel were instantly noticed. He was kind and polite. He did not have a big ego and He was considerate. He seemed genuinely interested in me. He was easy to talk to and had a great sense of humor. He even brought an umbrella when it rained. He had a blanket on the cold leather car seats. On those last two, it took time to see the positives about those, as I thought I was much too sophisticated to worry about getting wet or cold.

I kept having these “It’s too good to be true" thoughts about him. I was just waiting for the other shoe to drop. This never happened.
Of course he wasn't a saint but he was the best thing, after Jesus that ever appeared on my doorstep. He was a decent guy who was not afraid to show love to me. He respected me as a woman and as a person. He was eager to impress me. I mean how many girls can say that, on the day they met their future in-laws that they and their beau took a ride on the Town's Fire truck, with him driving. Now that was a BIG happening in West Wauregan. Did I mention...small town???"
We are so different in many ways and yet we complement each other.
I like how he has made our life together worth every minute.
Have we wondered if we would last? Yes. Have we ever had times when it was just plain ole' hard? Yes.
Isn't there a Gaither song titled “Through It All?"...but Through It All, he and I have remained commited to the Lord first and foremost and to one another thus far.
So, my Lifetime Pots and Pans lived up to their guarentee.
Sometimes our prayers come from promptings of someone who loves us and can see our future better than we can. That someone was my mom.  What was her Hope became my Hope. And then Hope became a prayer.
You might be curious as to how Garbage Disposals got into my Title. Well, I was considering the following scripture this evening.
“I will answer them even before they call me. While they are still talking about their needs, I will go ahead and answer their prayers” Isaiah 65:24
Our garbage disposal has been broken for a while. I thought “We don’t have the money to buy a new one. Wouldn’t it be great if it miraculously started again?” (I could report on Kingdom Bloggers another answer to prayer that was better than expected.*smile*) 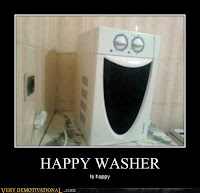 Before you roll your eyes, years ago our washer stopped working. It was a goner. Money was tight. I had heard somewhere about a woman praying for her washer. What did I have to lose?
You’ve guessed the conclusion. The washer started working and lasted a couple of more years.
Now, if I can just get that garbage disposal to cooperate and be open to my prayers.