We have seven writers on the Kingdom Bloggers and all but two (Joyce Lighari and Tony Cradic) are new. I started writing in June 2011, and then came Linda, Jenna, Kerry and Doug. The topics and themes are great and I’m getting to know the other writers alongside our readers but this week we are sharing our testimonies. Grab a cup of coffee, a cookie or two and read along. We’d love to hear your testimonies too.
******* 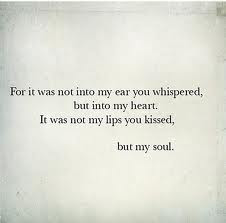 There was never a time in my life when I don’t remember not knowing Jesus. I’ve never doubted God is God. My parents are Christians, and they also come from a long legacy of Christian Believers. I became a Christian at 6, while we were driving to (or from, I can’t remember) my grandma’s house. It wasn’t a dramatic conversion. One moment I wasn’t, and the next moment I was and life carried on.
The trouble was, life carried on and it didn’t matter in my life. I grew up in a predominantly Mennonite community where everyone went to church. There were a myriad of churches to choose – all were acceptable, except the Catholic Church – it was small (not like the other “correct” churches) and it was on the outskirts of town. I felt boxed in by religion, so I rebelled. But I never doubted God is God.
I made a brief re-commitment in grade 12, enough so I went to Bible School in Austria, but I still felt boxed so I rebelled, harder this time. When I returned to Canada a year later I moved across the country to the West Coast. I continued to party, then one night at a party I looked around and thought to myself, “This is going nowhere.”  I got up and left, and that was it.
I went to church and tried to do the right things, but it still felt shallow and empty. Then I joined a Bible study, Experiencing God – if you were a Christian in the mid-90’s, I’m sure you heard of it. It swept across evangelical churches in the same manner the Purpose Driven Life did a few years later. No matter how cliché it became, my life was irrevocably changed when I did that study.
Around the same time, my 2-year marriage looked like it was going to crash and burn but it was when my faith was tested and found to be strong and true. In fact, the worse my marriage became, the greater God proved his word was faithful. I was water baptized in 1998.
I spent the next 12 years investigating the Bible and building a foundation, and I learned religion is boxy but God is not and I discovered a real relationship with the triune God. Less than 18 months ago, I was baptized by the Holy Spirit. I love the Scriptures, they are absolute life to me but nothing, nothing, nothing is better than the presence of God.
Praise the Lord. Amen.
Posted by Andrea York

Andrea...I ,too, am glad I am gettting to know all of you better.
One thing that I like about you is that you are direct and sincere. I just sense that there is no guile in you.
You are smart and gifted and as you share, out of the depths of your being, people cannot be untouched. ( I certainly have been moved)
My walk too has been with bleeps and bumps.
Thanks for the insight into what makes Andrea "tick", as a Christian and more importantly as Lover of Jesus.
When I read your last line...I just wanted to cry, because I so know what you are talking about. Being enveloped in His love and knowing His presence, cannot be explained...we can only testify of it, so that others may long for it for themselves.
And, in experiencing such pleasure, it only causes us to want more.
Sending blessings your way
Linda

"...nothing, nothing, nothing is better than the presence of God" TRUTH. Period. Amen. Everything else: who we are, what we do --is just unimportant details -- But,smack dab in the middle of God's will is where the details matter, make sense, come alive. Thanks for sharing - YOU matter.