He has shown you, O mortal, what is good.
And what does the LORD require of you?
To act justly and to love mercy and to walk humbly
with your God.
Micah 6:8

The Scripture above has always been one, which I feel exemplifies my parent’s lives. 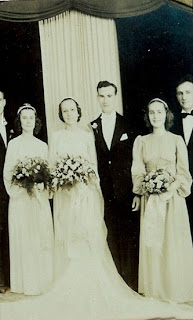 On their 50 th Anniversary, my oldest brother gave a toast, saying, “Our father is a fighter and our mother is lover”. I thought, “Wow, that I so true.”
He was a Public Servant, a Firefighter. He was the Assistant Chief
My dad was involved in labor unions, his whole life. I always believed he “fought for the little guy”. That was his intention. It was not to manipulate or strong arm people into “doing the right thing”... He was motivated, by knowing that workers could be exploited and their efforts undermined. He was a catalyst to bring fairness and truth into the testing process in the city he worked in.
He was a man, that was often admired but sometimes disdained.
We found out that there were many people who appreciated his courage and his stand in fighting for their fair rights. After he died, man after man, have told us, that although my dad’s manner could sometimes be intimidating, nevertheless, they respected him for his stand and his courage to face the “powers that be.” on behalf of others.
My mother was a good soul and giving was so part of her nature. I was often in awe as to how she put other’s needs first.
She gave in so many ways. In saying that, it could be money, but it was rarely that. She gave of herself.
She visited the sick and the elderly. She gave groceries and goods to people who were in need. She wrote encouraging notes to others, to let them know that they were remembered and important. She would lend a hand to strangers, whether it was to give them a ride (I know that seems scary to me now) or help them acquire goods that they needed for living. She was a member of her church’s ministry to visit the homebound. She not only went to their homes, but she went around town, to pick up those women, who were elderly and handicapped, so that they could visit as well. She often lent an ear to many. She was a good listener. She seemed to have a sense of another person being down and depressed. She did not give up on people. She would believe in the very best for them. I believe, in her own style, she too, “fought for the little guy”
Sadly, when my dad passed away, he did not receive the honor, in his city, to have flags flown at half mast. The hierarchy stubbornly denied him what he deserved. However, there was redemption for his memory.
As his funeral procession passed the last Firehouse that he served in, the crew of that shift’s firefighters, stood in front of the house. They were at attention, saluting him. They did this courageous act, despite the presence of the very Officer that denied my father his due. Our family will never forget that. And the “little guys” did not forget my dad.
My mother was remembered by many at her wake. We had a journal in which people could write about the ways that she impacted their life. There had been obvious things that we had seen all along. But,it was a thrill to know how she affected people, in personal and sometimes secret ways.
I visited the State Fire Academy after my father died. The man, who was the head of it, concurred on what I have told you about my dad. He said “I remember your dad, with that cigar sticking out of his mouth, speaking his mind for justice.  He would not mince words. He was not a touchy feely kind of guy, but we all had a respect for him.” Does that make you think of the Prophets of old?
They lived their lives, not for accolades, but to live out the Gospel.
My mom had a funny thing she would say when someone complimented her. She would say “If I had a quarter for every nice thing you say to me, I would give you a quarter for each one!”
So to my dad… I say “Dad…when I join you, I’ll bring your trademark cigars!”
To my mom… I say “Mom, you’d better have some quarters ready!”

I know that this is not usually done...to comment on your own blog. However, as I reread what I wrote about my parents, I was happy and proud of them.
As Tony writes on Friday...he has the best of what his parents each gave.
I wrote my blog with the same heart.
I was just struck with a thought...what would my son and daughter write about me, if they could?
I hope that it would be in the same spirit...where they focus on the positive and have a heart of forgivness for when I have messed up and let them down.
I am in awe at this moment, that the Lord has taught me to Love the way that He loves.
Andrea wrote in her personal blog, something that I think is always vital to remember...The Lord loved us FIRST! ( and YES I am yelling)*smile*
Linda