I think I'm the only born and bred Pentecostal in this group. I don't remember when I realized that some people who believed in Jesus and believed in the Bible didn't believe that Jesus still heals today. I grew up with Oral Roberts on television. Even occasionally saw A.A. Allen on television. Both prayed for the sick and were quite theatrical about it. Like the Reader’s Digest, an abundance of magazines from people like Brother Oral, Allen or Morris Ceruello came to my home every month. Once I learned to read, I knew God healed people who were sick. 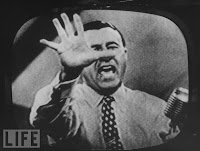 I don’t know if I thought I was sick. It probably was just childishness. Alone in front of the black and white with a big round picture tube, when Oral would say “put your hand on the television set as a point of contact,” I would. I also was “saved” every time a Billy Graham said on TV, “I’m going to ask you to get up out of your seat.” I had a habit of routinely feeling guilty and desiring to “get saved” at every opportunity. I might even be able to get some award for “being saved” more than any other person. I knew the word “backslidden” as well as I did “saved.” Just in case, I was baptized by immersion TWICE.
The supernatural is not new to me. When I was a child, my mother led a number of children’s ministries. My favorite was “Released Time.” Every Wednesday, I was dismissed from school one hour early in order to go to church for “religious instruction.” The Catholic children went for CCD. Most of the Protestant churches had something. My mother led ours.
That was both good and bad. It was good because I thought I had status as the daughter of the leader. Bad because I had to be on my best behavior all the time in order to be a “good example.” I also had to memorize whatever chapter of the Bible she had chosen LONG before everyone else. The best part was being excused from school.
One Wednesday afternoon, a call came to the church office. In those days most pastors weren’t in the office often. The church didn’t have a full time secretary. The only believers that could be reached were Elsie and the children. It was a mother of a girl my age, a friend. Her daughter was in the hospital with meningitis. Frantic, she called for prayer. Unable to find the pastor, she thought of Elsie and the kids. She told my mother, “I knew you were there with the children and would pray.” My mother led us all in prayer for her and miraculously she was healed. Wow! This stuff wasn't just theatrical stuff for television. It works even when children prayed in a basement of a church on a Wednesday afternoon.
Several years later, just before my 13th birthday I got sick, very sick. I remember having excruciating pain in my right knee. I had always been prone to “growing pains.” My mother would put stinky Ben-Gay on my ankles and legs. Then she would wrap them with flannel secured with a safety pin so I could sleep.
That first night as I literally writhed in pain she knelt by my bed and prayed. Of course, I had Ben-Gay and flannel but this was different. I had a fever as well. I don’t know what went through her mind at the time. I do know that her first response after the practical was to pray. 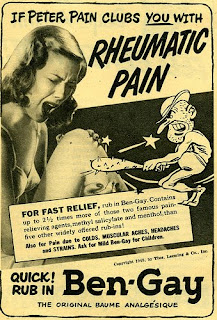 The next day the old Norwegian surgeon, Dr. Svensen, who treated everyone in the Norwegian community for everything came to the house with his black bag. I knew him because he’d be there before but never to see me. He called another doctor from our big black dial phone on the orange conversation table in our dining room. Later that day, this doctor also came to the house. He drew blood in my bedroom. He said they’d admit me to the Norwegian Lutheran Hospital as soon as they could.
It took a few days for a bed. Every day my mother prayed over my bed. I never got the bed in the new wing that looked like what I saw on Dr. Kildare. I had to go to the old wing. I was there for three weeks. I had Rheumatic Fever.
I was healed. No, I didn’t have the dramatic healing my friend had when the children prayed. Nevertheless, I had no lasting effects from the Rheumatic Fever. I had no heart defects typical of RF. My healing was just as supernatural as the instant healing of my friend.
Now I pray for people and seen a number of instant healings. Pain from migraines and pinched nerves, are gone with the last "amen." I’ve seen hot dogs multiply in a steamer to feed people. I’ve seen someone come to my door by Holy Spirit GPS.
Who said being a Christian was dull?
Posted by Joyce Lighari

Being a Christian is always exciting unless we get all religious about it.

Thanks for sharing - I watched a bunch of those old timers on YouTube.

I do believe in healing powers by Jesus and His diciples. I have doubts that today people can be healed by another person. Guess in my earlier times watching Oral Roberts on TV made me skeptical when he could heal on demand.

I would think today healing can be possible by the Holy Spirit through a person praying but this person has to have the true gift through God's grace and favor. And that being said, very few do have that gift or God's grace in todays time.

I have studied this extensively and read about a very select few that were able to heal through the Holy Spirit. Being a doubting Thomas and sckeptical, I will have to witness it personally before I will accept the fact that a person not ordained by God can heal.

If someone claims to have the power to heal in themselves, you should run as fast as you can the other way. I don't believe that any of these old time healing evangelists claimed that they healed anyone personally or in their own power.

If there is healing of any kind, it is because God was at work. For me, that includes the doctor or prayer. I always ask God to heal when I pray and then make sure they go to the doctor if needed.

I have to agree Joyce. In my life time I have seen a few hucksters professing they had the power to heal but did not. It was later proven to be a sham.

A true healer is humble and under God's grace through the Holy Spirit. Neither will they be boastful or profess they can heal even if they pretend to use God's name.