If I Could, I Would Leave Right Now! 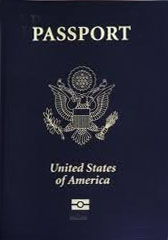 This week, the faithful and varied Kingdom Bloggers will be writing again. I would add, that I have not written here for quite some time, so it's nice to pop in on one of my favorite subjects, missions!

This week, we'll be answering a hypothetical question: If you went for 6 months, what country would you go on a mission to? Some of our answers may be based on dreams and hopes, and others, such as mine, will be based on previous experience.

I am choosing Brazil!

The classic version of missions has been to spread the church and the Kingdom of God in heathen nations; to go where Christianity wasn't and bring it there. Brazil still has Indians in the Amazon region, there are Aborigines in the Outback of Australia, and other, often tribal peoples, scattered at various places around the globe. And then there are those that live in entire nations which are closed to Americans.

I didn't always have a heart for missions. They sounded awful, and it seemed, people made so little progress when the money and time could be better spent at home. All of that changed one day. I was at a meeting and the minister said "I see planes flying here and flying there. I see that God has given you a heart for the nations." Although I didn't care for uncomfortable conditions in a country where I didn't speak the language, oddly; it resonated in my spirit.


Later that year I was leaving a church service at the Salvation Army. A friend of mine was preaching that evening. It was a very small group, less than 10. There was a drunk woman, a Brazilian. The pastor wanted to help her, so he sent one of the men at the meeting down the street to see if there was someone at the Brazilian church who could interpret.

As I was leaving, the man came back with a pastor from the Brazilian church. I decided to stick around to see what was going on. Before I left I spoke to Carlos, and we became great friends. Not only did we preach and teach in the US, but I traveled with him 3 times to Brazil.

Why do I like to be in Brazil? It is the very thing that God has made me for. When I am there, I am free to participate in meetings, do street evangelism, and most of all fellowship with a wonderful culture and people.

Most importantly, it is where I God and I connect as we partner to build the Kingdom of God.
Posted by David-FireAndGrace

David...
Welcome back...
I've always enjoyed your writing and loved hearing your heart for the lost, in spite of being uncomfortable sense of going places where there seemed to be little progress in mission's effectiveness.
I remember years ago the Lord gave me a word for a friend of mine and it was this " Be comfortable in your uncomfortableness'
It helped her then and I even think of it often for myself.
Blessings
Linda