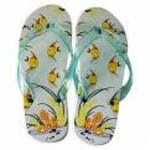 When David suggested the topic of summer and Jesus I was a bit stumped. (OK, David, I DID go to VBS all my elementary school years and loved it.) But then I remembered an event that totally rocked my world when it happened.

I attended public school. When I was in high school I was blessed with lots of friends and involved in many extra curricular activities (not to mention that I actually liked most classes and learning); I just didn't know very many Christians. Especially not any that were super into God, His Word, and who wanted Him first in their lives.

At church it seemed like the kids in the high school Sunday school class weren't into God or the Bible either. They were interested in the same things as the kids at school; the opposite gender, clothes, movies, music, cars - everything except the Word. I was interested in all those things too, but I was more interested in God. I kind of felt like a dork because I really wanted to get into the lesson the Sunday school teacher (a college girl who attended the local denominational college) presented, yet I didn't want to be the only student who ever answered questions or got engaged; it felt so awkward.

Then one day during summer school this older girl that I vaguely knew, who was in the same class as my boyfriend (who believed but was a super new Christian), invited him to a Bible study at a guy who went to another high school's house. The study was sponsored by Campus Crusade for Christ. We went

and I'll never forget the pure joy that event stirred up inside of me that hot, summer, night.

There was a room filled with people my age and most of them were every bit as excited about Christ as me. I remember that afterward by boyfriend wanted to leave but that I couldn't tear myself away until only the last few people remained. It was so incredible to talk to other teens about things that really mattered to me. To realize that I was not alone in my faith. I couldn't get enough.

That summer I learned the importance of spending time with people of like faith. I experienced the meaning of fellowship.

Since then it's always seemed to me that summer presents a special time for relationships. Everything can be fun, casual, and outside. There's even time after work, since it doesn't get dark until later, to do things with people. Summer just seems to represent hanging out.

What about you, what does summer represent for you?
Posted by Tracy

Making those right connections are so important for teenagers Tracy, especially if we want to keep them involved with God's people.

The church loses so many young people who fail to make those important connections too. The stats are just heartbreaking.

yeah they are heartbreaking.

We need to really look at why and what we need to do differently. I think the key is in relationships