Can we trust them to God? 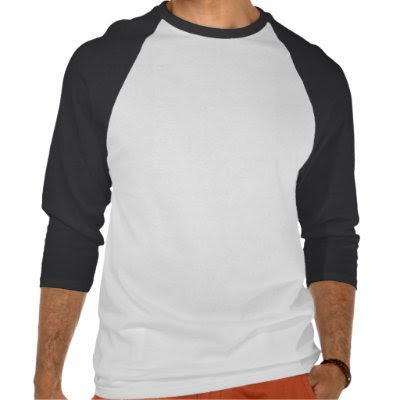 When David suggested we write about back to school I had no idea what to write.

So I started thinking about what school starting meant to me this year. The biggest deal for me this year is that my middle son is now a senior in high school.

This is my very large son (he's currently 6ft 3 1/2 inches & weighs 260lbs & is very muscular). My son whose life revolves around football. The one who in every area of his life besides football, examines the situation and determines what can he do to satisfy the needs/requirements while investing as little time and effort as possible. My son who can't stand to be alone for long and who's always got to be around people. The one who's always got all kinds of people coming over to our home and who hates to stay home at night. The one who freequently tells me that he loves me, and who's a total romantic when he falls for a girl (he writes them poetry & engages in all manner of creative things for them from having the announcer at half time during the football game ask the girl to homecoming for him, to making her go on a treasure hunt to locate her Birthday present). He's the one who is a Christian and very open about that and very clear about wanting to wait til marriage before he's sexual; yet he only goes to church because he knows I really want him to and doesn't read the Bible on his own on a regular basis. He's the impulsive one who I've seen make lots of poor judgment calls but has yet to realize this himself. This son is a senior. This son will most likely be off at some college on a scholarship next year; away from home, making all his own decisions. Rather a disquieting thought.

Since I know God is in charge of the universe and is totally trustworthy, I don't need to worry - right? Since I gave my son up to God from the moment of his birth; promising to look to God for grace, wisdom and ability to be his mom, I should experience peace - right? Since I've raised him in a home where he has had ever increasing amounts of freedom and have not shielded him from the natural consequences of his behavior (both good and bad), I can feel confident that he'll do fine - right? So how come the thought of this son off at college, off on his own, brings anxiety where as I never had a worry concerning his older brother?

A part of me thinks that perhaps it's because he is so social and I see him influenced by ungodly practices around him. Or because he's such a big heart and I hate to think of him being hurt. Or because he's so impulsive and I've seen him do really dumb stuff that he still thinks, even after experiencing the consequences, were so worth it. But maybe it's because I really don't trust God. Or I only trust God when things go the way I want them to. Nothing is so black and white when it comes to parenting; at least not for me.

What about you, do you ever struggle with trusting your kids' future to God? Do you experience anxiety about your children's choices, or are you at peace in the knowledge that God's in control?
Posted by Tracy

Labels: Back to School, parenting, Tracy

I think leaving our children in God's hands is sometimes the hardest thing we do - and yet, often we come to a place where life gets so complicated and messy, we finally realize, that's all we can do.

Jesus said do not be anxious about tomorrow. He recognized that trusting Him was tough to do.

Both of my older kids (19 and 22)kids made decisions for Christ many years ago. One of the things that I love about Christianity, and Christ, is that they were at meetings where prophetic people spoke things over them. Most of it has come to pass, and they both have some unfulfilled words yet to come.

It helps me get through the day knowing, in detail, some of the plans God has for them.

I am so glad that I had them in a Christian School so that they could get their feet on the ground. We are struggling with our little one in public school.

The kids have not always made the best choices - it doesn't matter whether it is sex, drugs or anything else - sin is sin. I pray for them every day.

One of the things that bothers me, and I find a disservice to parents and kids, is that age of majority is 18 and not 21. It is proven fact the kid's brains are not fully developed; decision making being the last to form. They are given too much freedom, too early.

One of the biblical passages that a lot of Christians overlook, is this one: Genesis 2:24 For this reason a man will leave his father and mother and be united to his wife, and they will become one flesh.

If we read it from the perspective of a parent, then we have a lot of responsibility until our kids are married. I know a lot parents that look forward to age of majority - as if the responsibility is over.

It is for these reasons that I can have a tough time letting go - culture is not on the parent's side.

A couple of the most joyful days of my life were learning my oldest had accepted Christ and then watching her be baptized. I was so thankful to God for my own salvation and even more appreciative for hers.

I understand she is no longer mine and belongs to Him. Granted, He still entrust me with a few responsibilities until she's fully grown and gone, but I to have a peace knowing that no matter what, she lives with Christ in her heart.

I will admit though Tracy that the motto 'Let go and let God' is most difficult to apply with our children.