I think our assignment this week is to talk about our favorite movie.
I thought, " Wow, only 1?"

It made me think of my grandson Jonah. I decided to give him and his sister, Ivy 2 marshmallows each. I then see him counting on his fingers, tongue sticking out, and he says,” Granny, how about 4?”

Beginning this blog, I ask you “How about 6 or perhaps 7 movies?” “Also, one of them involves 2 sequels, so shouldn’t that count for only one?

OK…OK…I am trying to negotiate like Jonah, by being sweet and coy.

I will tell you…well maybe I should ask you “How about 4?”


Schindler’s List  is right up there for me. It is hard movie to watch and is accompanied by haunting violin music. It is based on a true story of a wealthy German businessman, who through his effort, to employ Jewish workers in his factory, saved their lives from extermination.

He was a hero and yet he was not a saint, by any means.

At the end of the movie, he is leaving the country, and is met by the group of Jews that he saved. They present him with a ring that has an inscription on it. It is hard for him to accept their thanks. Schindler comes clean with his admittance of his flawed humanity. He sobs, as he looks at his expensive car and his gold jewelry and says…I could have saved more!
Itzhak Stern, a leader of the group, tells Schindler that the inscription on the ring is Hebrew and from the Talmud and it says. “ Whoever saves one life, saves the world entire"

I liked that each of these movies, were about friendships of women.
In Steel Magnolias…Sally Field plays the mother of the bride. Julia Roberts is the bride, who is a serious diabetic. Dolly Parton is a beauty shop owner, who is friendly and wants to make everyone happy. Olympia Dukakis plays an older and polished member of the community. Shirley Maclaine plays an ornery and cantankerous member of the town. The cast is rounded out with Daryl Hannah, who comes to town as a lost and insecure young woman. She is embraced to join this circle of friends. 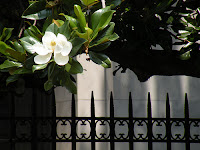 They were all so different and yet their relationships worked.Spolier alert… In the end, sadly, Julia Robert’s character dies. What transpires then is how they banded together to support  the one who needed it. In the end, they were able to rejoice with another woman in the group. It is interesting that this movie earned only 29%  thumbs up from the critics and 85% approval from movie goers.

Beaches is another movie about the friendship of 2 females. Bette Middler, as CC Bloom and Barbara Hershey as Hillary. Early in the movie, these young girls meet at the beach. Right away, you can see the disparity of these two and how they are cut from a different cloth, in the personality and social status.

Their lives reunite after years of absence. They begin a relationship that involves them living together. Again, in an even more evident manner, you observe these two very different women interacting with life and trying to navigate with those differences

As flamboyant as CC Bloom ( Bette Midler’s character) is, Barbara Hershey’s as ( Hillary), presents her as sophisticated and more “put together” As the movie weaves in and out of their lives, we are presented with 2 women, strong in their own way, trying to maintain that uniqueness. In some ways, Hillary seems stronger, yet I look at CC Bloom and I feel, she has strength, but is just so quirky that it eludes others of that fact.
Eventually, they part with wounded hearts. Then Hillary gets cancer and sends for her friend CC. CC gets over the hurt and is there 110% for her friend.

Toy Story 1 and 2 and 3. If you have not seen these three movies, you must GO.

Even though it is animated, it is a story of relationships of a young boy with his Toys and the Toys with one another. The animation is so well and cleverly done.

It’s all about this boy named Andy, that has a group of Toys that come to life and about the adventures they go through. It is a feel good movie that is appropriate for children ( not too many of those these days). It is a movie that will make you laugh and make you cry.

Toy Story 3, although it got less positive reviews than the first two, I can’t see how much better this series could have ended. For that one, you need Kleenex.

” Can I review 10 movies?”
Posted by It's Something Beautiful