Being Proud without being Prideful


Years ago, I was playing a game with my family called the Ungame. It is a game to improve communication with others. They groaned and reluctantly agreed to play one of “mom’s games”

As God is my witness, my mother told me that I hardly talked for years. I just relied on my older brother and sister to communicate for me. I was also very sensitive and very much in the background in my family.

Early in my walk with the Lord, I sensed Him saying to me, that I was a lot like Gideon. When I read about him, this is what I found. Gideon was hiding…check! He considered himself the least in his family…check! Then, when the Lord called him a Mighty Warrior… what…who me??? I was at once amused and intrigued.

With that in mind, I would have to say two of the proudest moments of my life were when I gave the eulogies at my parent’s funerals. My dad’s came first and several years later, I spoke at my mom’s service. I was not only grateful that I had the courage to get up there before a large crowd, but I was also able to capture the very best of their lives. 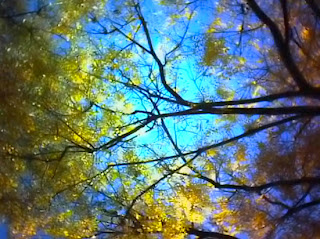 Within each of their eulogies I was able to rightfully give honor to the Lord.

Many people, after each service, told me that what I said blessed them. They said that “I nailed it” with describing them.Along with what they knew about my parents, I was also able to share private moments that I had with each of them about faith and how much the Lord loved them etc. Because of those talks, I am reassured that they both are in heaven.
They, including my brothers and sister were amazed that this quiet Linda was up there talking.

Of course, I totally owe thanks, for that transformation, to my relationship with the Lord. He has endowed me with so much strength and confidence that I never had.

Another very proud moment (and you thought I could stick with just one) is when I was around 14.

Growing up, I would pick Christmas Eve as the happiest day of the year.

Actually, we celebrated Wigilia, which is Polish, for Christmas Eve or Vigil. There are specific traditions, like certain dishes on the menu... an empty chair with a table setting, is in place in anticipation for Jesus’ coming, as a guest… shared the Oplatek, which is a wafer, symbolic of the bread of Christ. Each person would approach another and break the wafer and speak a blessing on the other person. This all had such meaning for me. Also, having all my relatives together was a joyous occasion for me.

One Christmas Eve, my Babci (my grandmother) and my aunt arrived. They however came without my grandfather. He was sick, probably already suffering from the effects of his cancer. In those days, hardly anyone said the “C” word for cancer out loud.

The thought of my Dziadje (Grandfather) being alone, was just too sad for me to consider. I told my parents that I wanted to go over and to be with him. I think they were a little surprised ,as they knew just how much this day meant to me. My father, however, agreed to drive me over to his house.

One thing, about my relationship with my grandfather, needs to be noted. I don’t think I ever had any extended and personal conversation with him…ever. He certainly was not a talkative person. Then there was the language barrier too. He mostly spoke Polish with a smattering of English. Last but not least I was kind of afraid of him.

The greatest memory that I have of him is, when we would visit, he would give each of the grandchildren a banana and a small glass of Pepsi.

I didn’t think about the language issue, when I volunteered, but that was OK. I think he was pretty surprised that I came. He and I spent the evening with a bit of conversation along with a banana, a glass of Pepsi for me. He had glass of hard liquor. 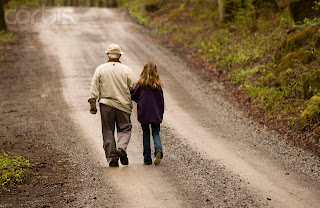 I hope the visit lightened his heart. I remember how my heart was warmed. It probably was the first time I realized, that it IS more blessed to give than to receive.

I would be remiss if I didn't say that my wedding day and the birth of my children are way up there on the top of my list a days of pride.

God has been so good to me.
by Linda Maynard
Posted by It's Something Beautiful