Yes you can because I believe you can...

From time to time, I do a little teenager bashing over on Tony C Today. Much of it can be easily justified by something stup...excuse me...ridiculous my own teenager has said or done (I can no longer use the stupid word by decree of Mrs. Tony C). Having a teenage girl coupled with an approaching terrible two's toddler gives me greater understanding of the plight of Job. As a matter of fact, there are days I'd rather sit around and scrape scabs to open wounds than listen to one more lame excuse trying to justify the funky smell emitting from a certain person's room or the lack of appropriate attire that coincides with current weather patterns. AGGGHHHH!

But that's not my direction today...as a matter of fact, I'm going a completely different way...hopefully for good. While on vacation two years ago, I managed to get in some long overdue casual reading. Oh, I read a lot daily, but keeping up with the world today requires reading or watching or listening to a plethora of daily scoop....so casual/leisure reading often takes a back seat...or would toilet seat be more accurate. I digress...

One of the books I was determined to work through was Do Hard Things by Alex and Brent Harris. I had heard and read good reviews about the book and the premise that teenagers are tired of the low expectation placed on them as a group from society. Interesting....but I needed more information.

Also, Do Hard Things is a book on faith. The authors proudly testify about the impact Christ has made in their own lives. The book won't keep your teenagers out of trouble. Instead, it challenges both them and you to put God at the center and strive to achieve their fullest potential by...well...doing hard things. 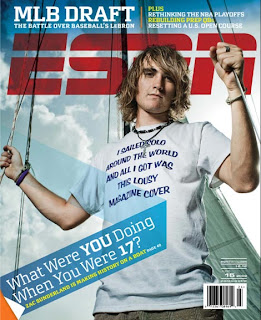 I've got to admit, the book has had a profound impact on the way I view and deal with my own teenager. Even though I hold her to high expectations (or so I thought), I still place limits on her ability to make a major impact for God and for herself in the world....and it's not just limited her. Working with youth at church can often be frustrating and painful, but now I see that I create a lot of the negative feelings I have because my own actions and words project low expectations from the get-go.

Read this book. If you have children, work with youth or if you've ever been a teenager...read this book! I'm very glad it was suggested to me (thanks Rosie), and I listened. Be warned  your toes might get stepped on like mine did...but in the end...it's well worth the self-reflection and renewed faith that everything will be okay when the kids of today get their chance to run things. We should expect that from them.
Posted by Tony C

Hi Tony...
I too have had this book recommended to me.
I have no teenagers living in my household...only two little grandchildren ages 6 and 3 residing upstairs
My son just may have read this book as he "expects" a lot from his children but I don't mean in a terrible way. Just like you said, by his holding up a high bar for them...that is where they are going to aim for. As a Granny, sometimes I am too easy but that is what Granny’s are for.
Speaking from my own experience, I feel I suffered at that age, as there were relatively few expectations of me. I know that I LONGED for direction and accountability.
This is not to bash anyone or put blame because giving the circumstances, everyone did the best they could do.
I know that within the Body of Christ, there is a call and knowledge of this current generation of young people are passionate about their faith and of them being a fearless generation.
I don't feel called to minister to the young people in my church as an official "title" but God has put in me a deep desire to encourage them "to be all that they can be". It really is a God thing, as that is a group I would normally not be drawn to
The Youth leaders in our church have such awesome reports as to what is going on with them. It is very encouraging. (hey, believe me… they are not perfect and lots of "issues" come up)
I am going to recommend this book to the Leaders
Thanks Tony.
Linda Maynard
PS...I too have to stop saying the S word, especially around my grandchildren (even though I am saying it as self talk...wait a minute! I shouldn't be doing that either lol)

Donald Miller writes something similar in his book, A Million Miles in a Thousand Years.