A Little Help From my Friends

The Bible is full of promises. I love them all except this one: in this life you will have trouble. As much as I’d like to have a pass on the pain and trouble, I can’t deny, now being on the other side, it was purifying for my spirit and built up my character. 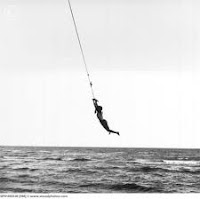 There is a town (or city) in Norway called Hell. Perhaps Joyce has been there on one of her trips to Norway but it remains on my list of places to visit because when I’m feeling like I’m going through hell on earth, then I can remember the time I went to Hell and returned because of the great mercy of our Lord. This week on Kingdom Bloggers, we’re documenting times when we’ve been at rope’s end and the journey to travel back.
********
Every one of us has a before and after moment; some have several, less explosive moments but nevertheless, there are moments and experiences which change us. I’ve had one; it arrived on the scene with an explosion and it took a while to clean up the pieces. I measure everything in my life by whether it was before or after.
In previous posts, I’ve alluded to the trouble in my marriage, which began in the 2nd year. The Trouble, with a capital ‘T’, is a knife that sliced my life like a Ron Popeil Veg-o-Matic (it sliced, it diced and there was more). If you are looking for dirt and details, you won’t hear it from my mouth (the details are part of my Man’s testimony), but I was affected –like a tsunami on the coastline after an earthquake in the ocean.
But like a women in child labour, the pain seems to minimize in light of the glorious gift the labouring produced. I wouldn’t change anything because through it, I moved from knowing about God to knowing God. 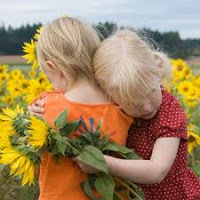 It’s true to say God sustained me, however it’s insulting and dishonouring to friends (and some family) to say it only only God because he used them to help me. They were “Jesus with skin on” to me during the worst times. It’s one thing to know Jesus is with you, but sometimes you need a physical hug, sometimes you need someone to say, out loud, “I know the pain is great and I’m going to sit here with you.”
I’m a strong advocate for marriage and I am against divorce but the road to recovery is not a straight line and physical separation from your spouse can be a stepping stone towards wholeness (for each person and for the marriage). I was separated for a season from my Man. During those months, I stayed with a friend (I wrote about her here – in my first KB post). She cared for me, loved me and prayed for me. I gathered strength in the presence of God, who lingered in her home.
And then, when it was over, it was over. Looking back, it didn’t seem as abrupt but knowing what I know now about spiritual warfare: the war was finished but there was still rebuilding work to be done. This could be done without the threat of bombs and assaults.
Nobody is a rock or an island, contrary to the wisdom of Simon & Garfunkel. I faced my hell, but got through it with a little help from my friends.
Posted by Andrea York

Andrea...
I am grateful to sisters like you who are willing to be vulnerable to share painful happenings in life. I also want to say that I respect you for not airing your husband's laundry.
I am so in line what you say when you know it is ultinmately the Lord who heals and yet He is merciful and kind to give us a support system, here on earth.
It's funny because I just read something that a person wrote about compliments of awards she has received for her art.
Her reply " Well it was not me...it was just the Lord"
I heard a teaching years ago that I internalized. When I heard it, my inner being said YES!
The teacher said, when people compliment you or thank you and you say " Oh that was just the Lord" He said, he feels that it deflates/diminishes the giver of the thanks. ( I mean what do you say after that one...oh gosh I should have known it was the Lord!) He said, people give you thanks or a compliment in all sincerity. He offered this bit of wisdom...just say "Thank you" and then when you have time to be alone with the Lord...humbly offer HIM the thanks and the honor that is due Him and thank Him that He allowed you to be His hands or feet...His compassion or mercy to another.
Thanks once again for the jump start for the week
Linda

Thank you for sharing openly about your trouble and separation while married: I think it helps couples who are struggling to know that troubles do come, but God will send help. Divorce does not have to be the end result. We need to be more open with one another in the Church about this issue.