Save at Dime Savings Bank 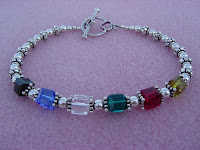 I’ve written before about witnessing. I’ve pounded the pavement in Brooklyn NY with the Roman Road. I’ve tallied souls and imagined notches in my salvation belt because of them. I’ve witness on the street corners in days gone by. I’ve looked at street maps as strategies were developed for winning souls. I even carried a bible with a bright red HiBA cover on top of school books to testify that I was a Christian. I’ve worn my salvation beads, WWJD bracelets and all manner of holy junk.

All these righteous activities were to lead up to saying the prayer. You know that prayer. We call it the Sinner’s Prayer.  I may get in trouble with my fellow bloggers, but often this prayer is little more than an exercise in guilt reduction. As if magic words were spoken the guilt of sin disappears, at least temporarily.

One of my earliest recollections of evangelism was a person who showed up at our young people’s meeting. It was never called youth group nor did we have a youth pastor. Friday night was “young people’s” where the same pastor who preached on Sunday, shared the word with the youth. Older folk were welcome and there was no Foosball, ping-pong or pool.

He looked rough by our standards. I am not sure where he came from or why he came. He was not Norwegian either. On Friday, we had a street meeting by the Dime Savings Bank at 5th and 54th in Brooklyn. They even let us use some of their electricity for our “meeting.” Perhaps they thought any kind of saving was good… <grin-okay, I know that was bad.>

As I think of him, I wonder if he had been to that meeting. Or if he were an invited friend of someone. I really don’t recall. Nevertheless, he was there. Right in the midst of clean scrubbed Pentecostal Norwegian youth.  The Holy Spirit convicted him that night, the solution, the prayer. 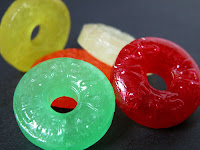 We invited him to go to the ice cream parlor with us. Like the Dunkin Donuts after church that became part of my children’s religious tradition, ours was the ice cream parlor. Later we would meander through the streets of Brooklyn until all the girls were safely escorted home by the boys. Someone offered him a life saver candy on that walk that night. He refused, saying he had already had a lifesaver in church. Boys were we excited. We had just caught fresh fish-we had been fishers of men. He was reeled in for sure.

I know this is laced with a lot of sarcasm. I don’t mean to sound so harsh. I don’t know what was in that guys heart that night. I do know we never saw him again. Maybe later, sometime in his life, he remembered that night and sought the Lord. I just don’t know.

I prayed that prayer at least a dozen times as a child. I was fairly riddled with guilt for all sorts of sinful infractions like playing cards, wearing make-up or looking at a boy. The prayer didn’t work. What worked for me were faithful Sunday School teachers and other adults in my life showing me the love of Christ.

If I have influenced anyone to faith, I would say it that children I taught in Sunday School. I don’t ever remember offering the prayer. I may have because of the pressure of my tradition that we all must “repeat after me.” 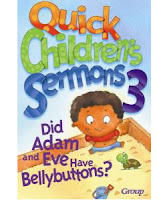 I taught them the scripture. I planted seeds in their life. Hopefully, I showed them that they were loved. I picked up children all manner of children and brought them with me to church. I sat on the floor with them playing games – games with a purpose. We sang about going on a trip on the Vacation Bible Ship. We made crafts. We laughed. We cried. We shared life. I told them about Jesus. I prayed for them. I still do.

I’d love to tell you that they are all missionaries or in full time ministry. Unfortunately, few of them seem to be serving the Lord. Maybe what I did with them was no more effective than the repeat after me prayer the guy prayed in young people’s so many years ago.

What I do know is that God calls us to be faithful. He calls us to ask WWJD? The answer is usually not words or even prayers.  Jesus shared Himself. He gave Himself. If I am to share my faith, I have to die. I have to give myself away. I’m may not be very good at it, but I do know what I am supposed to do. Thankfully each day I get a do-over.

I may have missed the theme this week, but this is what is on my heart.

Lamentations 3:22-24 The steadfast love of the LORD never ceases, his mercies never come to an end; they are new every morning; great is thy faithfulness.

I think it was good to me. This is what we all as Christians should be doing. Reaching out to others to share His word.

You are right on theme Joyce. I really enjoyed this post because it spoke to me personally.

Yea, I went through the Romans Road and Five Spiritual Laws stage. I like the Five laws much better.
In spite of overzealous believers who knows how many people actually came to salvation that way ?
Times have changed in most churches. And it is more about getting to know a person and being there for them, doing some life with them. Showing love in practical ways.
I think the Vineyard churches do this right. There is not big push to 'say the prayer' , but to earn the right to talk about salvation with them at the right point.
The Holy Spirit often shows what is the right point in time, when that person is ready. And they may just say that they want what we got.
I am amazed when we have baptisms just how many people there are. And it is a true celebration.