High-Kicking it at Christmas

This week, we are remembering special Christmas events. After last Friday, Christmastime going forward, especially for those families who have suffered incredible loss, may be both traumatic and comforting. The trauma of losing a child or parent or spouse to a monstrous act is obvious. The comfort comes from knowing the one who willingly left His heavenly kingdom to live as one of us and to die for us, holds the victorious weapon over evil: His love.  "So do not fear, for I am with you; do not be dismayed, for I am your God. I will strengthen you and help you." Isaiah 41:10.

My favorite Christmas event involved lots of legs. Watching 36 pairs in synchronized perfection was mesmerizing. Watching my daughters’ faces brighten in wonder and amazement at the singing and dancing was heartwarming. I had thought my son, about 12 at the time, might find it dull, but his eyes never left the stage. 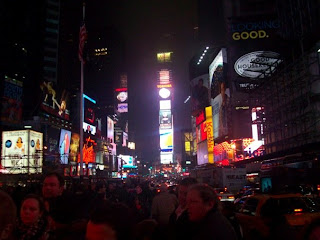 Radio City Christmas Spectacular may not be the usual pious Christian choice for holiday inspiration, especially since Santa Claus makes an appearance, but I don’t remember being quite so moved--and teary--at another Christmas production. I had prepared myself for tourist trap schlock, but instead was treated to a first-rate, thoughtfully produced musical extravaganza that also offered a stunning rendering of the Nativity.

Because the birth of Christ--replete with a blue-black starlit sky, Mary, Joseph and the babe, shepherds, live animals and beautiful music--occurs at the end of the show, it is the images in that scene the audience carries out the doors to the noise and holiday crush on a New York City sidewalk.

Creating special memories at Christmas seems to be an Olympic sport in some families. I just love to cook and enjoy people and put up some special lights. My mother-in-law, however, a longtime Broadway fan, wanted her children’s families to experience what she considered to be the magic of Radio City Music Hall’s annual extravaganza. She gave us quite a gift.

I confess that today, several years later, I cannot recollect with specificity most of the musical numbers of much of the show, but I will never forget the beauty and the care that the show’s director and cast took with portraying our Savior’s birth. Nor will I forget my six year-old high-kicking it down Sixth Avenue, hoping to be the next Rockette.

The show’s website proclaims the Christmas Spectacular as “an unparalleled Christmas show with universal appeal that lifts the spirits and creates memories.” Yup. Except it was not just the show that lifted our spirits--it was seeing it together. At Christmas.
Posted by Kerry Luddy

Kerry...
You and I have very similar takes on the show.
After all thee years ( and many have gone by since I saw it)...the part that has remained with me has been the Nativity Scene.
Actually, as I had thought about it in recent years, I wondered if it still remained.
Thanks for bringing back the beautiful memories.
I even sat down and "kicked back" my legs to read your blog.
( OK...don't roll over laughing or anything but is you do get a "kick" out of what I wrote...let me know
Linda