How Do You Self-Care? 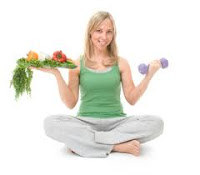 If you’re waiting for a nice life, buy a comfy La-Z-Boy, grab a long book and be prepared to wait. But know this, it’s not gonna happen because while you are waiting for our nice life, real life is happening and often, it’s not nice. Not counting how often we sabotage ourselves, stuff (crappy stuff) happens to us – stuff that threatens our peace, our sanity and even our safety. So what do you do when life happens? What’s your secret to self care? What are your habits?

Daniel had a lot of crappy things happen to him – he was [probably] forcibly removed from his family and taken to another country, in school he was taught evolution theories instead of creation, and whenever he thought he was getting ahead, his colleagues manipulated the King and tried to have him killed. What would you do? Probably what most of the young exiles did – conform to the pattern of their world by worrying, fretting and seeking self preservation (there’s a reason only 4 of the thousands are named). Daniel didn’t do that. Daniel 6:10 says when he learned about the new law (to worship King Darius only for the next 30 days), he went home and prayed on his knees, just as he had done before.

He had a holy habit – to pray. No matter what was going on around him, he did as he had always done. We all have habits and we all have our ‘go-to’s when life throws a wrench in our direction. Some console themselves with food, some with drugs or alcohol, some with pornography, some with TV, some even with scrapbooking. Me? I worship.

It’s true. Don’t hate me because I’m spiritual (just kidding). I wasn’t always like that but I can honestly say, over the past 3 years I’ve worshipped my way through problems. For the past year we’ve been dealing with relational issues with close family, job issues which will affect our future, and financial issues. I also help carry the load for others but I can’t carry it all without unloading and I do that through my worship. My Man knows it; when he tells me about [yet] another problem, I listen to him and help him unload and then I go outside and worship for as long as it takes my heart to become still.

A while back, I wrote a post, Offering a Sacrifice of Praise, and I recapped the effect of continual praise and worship even when it’s a sacrifice – it’s the fruit of lips that continually confess that his name, Jesus. It becomes a holy habit, just like Daniel. Do you have any holy habits? Do you want to develop some? Habits are habitual – keep doing them and they become a habit.

It’s been my joy and delight to write with other talented writers on Kingdom Bloggers for almost a year and a half. I marvel at the unity we share even though we’ve never met (except for Jenna Silliman) because there is one Spirit that works among us all. Tony C. will be back in the saddle, this time in the Monday spot.

Andrea...Your post made me think of something that I hadn't considered before. I know from flagging that it can be used as a tool of worship, warfare, healing etc.
What I thought of thi a.m. is how the movement of the flags being used to symbolically clean the atmosphere...like a good sweeping job. ( Ok I know for some this seems like "way out there")
Anyway...I am going to miss your insights on Kingdom Bloggers. Thanks for sharing with us part of who you are, and in that increasing the vastness and the variety in the family of God. I will "keep in touch" with your blog
Linda.