Are You the Next Sam Holton; How About the Next Ed KImball 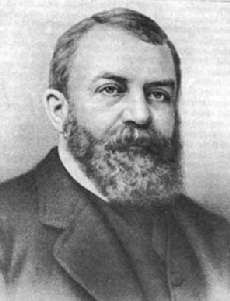 I don't know much about Samuel Holton. I don't know when he was born, when he died, what kind of life he lived or if he was a Christian. I do know that he was D.L. Moody's uncle and Holton reluctantly hired Moody to work for him at his Boston shoe store. Additionally Holton required Moody to attend Mt. Vernon Congregational Church in order keep his job. I know some about Moody, basically because of what I have read today. I know he was born in 1837, raised by his parents as a Unitarian, he has a college and publishing company named after him and he died in 1899. Previously I have read a little bit about him, nothing too in depth though. I have read more about Smith Wigglesworth, John G. Lake and other 'heavy hitters' of the Faith.

Another man I know very little bit about is Sunday school teacher Edward Kimball. Kimball taught Sunday School at the Mt. Vernon church that Moody attended, as required by his uncle. One day, Kimball visited Moody at work and shared with him the Love of Jesus and Moody was a changed man after that. After awhile, Moody left Boston for Chicago and immersed himself in sharing the Love of Jesus with others.

Moody was a pioneer of the Faith. He ministered to and equipped women and children in the late 1800's, not a common practice at that time. He saw beyond denominational limitations and preached Jesus wherever he was invited. His burden for the poor, minorities and uneducated children led him to start schools. Eventually Moody's vision of a school to equip people with the Gifts and train them to minister. He also started Bible Institute Colportage Association (BICA) in 1894 in his desire to provide Christian literature to average American.

Kimball said the following about Moody before his Salvation, "I have seen few persons whose minds were spiritually darker than was his when he came into my Sunday School class."
Imagine if Kimball would have been too timid to visit Moody at his job and share Jesus with him? What if Kimball would have written off Moody as a waste of time?

Now take a look around yourself. Is there someone Holy Spirit has laid upon your heart? Is there someone who needs you to be the compassion of Jesus? How are you going to reach millions? Will it be with your words or your works? Or will it be from reaching the one who reaches millions?
Posted by TeVeT