On Kingdom Bloggers, we are picking a favorite blog from our personal blogs.

Having only recently starting my blog, I am sharing one which was in draft form.

I just wish they were here.

This is an excerpt of the eulogy; I gave at my mother’s funeral

The contents of her purse changed over the years. It contained not only what she had, but what she didn’t have.

She had no money. Many of you know, she epitomized a selfless heart. When she could, she gave away all her money and possessions.

That was her way.

At any given time, she would have straws and napkins. Sometimes, she had ketchup packets and coffee creamers. Even once in a while, a dinner roll appeared, that was carefully wrapped in a napkin. It was leftover from a restaurant meal. Considering that she was a child of the depression, those acts revealed a life of lack, that few of us grasp. 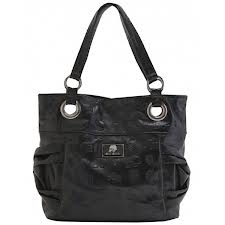 Oh yes, then there were the cards and letters that you sent her. She held onto the Love that was expressed through them. Even though many were stained with coffee and old for wear, your love in sending them, was all that mattered.

There were photos of smiling loved ones and a photo of her precious son Kenneth, who died of an overdose.

Her church bulletins accumulated each week. Though she was unable to attend her church services, her son Richard, made sure that she got them. They were a reminder of her life and faith and the church she found so much comfort in.

Sister Zena, the Recreation Director of the Nursing Home my mom was in, enjoyed my mother so much. She told me, “Your mother attends not only the Catholic Service, but the Protestant and Jewish services as well.”

Then there was an old tube of lipstick that she carefully applied to the lips that once kissed our boo-boos and tears away.

Her driver’s license was missing. That fact served as a sad reminder of her loss of mobility and freedom, after her stroke. She tried so hard to accept she couldn’t drive anymore, but I knew it broke her heart.

Her eyeglasses and many combs sat there till needed. The Handicapped sticker for her car was another occupant. It was another reminder of her loss.

Bunches of recipes were indicative of her love for cooking. Sometimes her experiments, not only looked strange, but tasted like something you couldn’t describe. She died pre “the Cooking Channel”. She would have loved the shows.

She had a cigarette lighter, for what I don’t know, as she had stopped smoking years ago.

She placed her Guideposts and Reader’s Digest Magazines in the side pockets, ready to share articles It was not unusual to see notations on the cover. Page 34, Kathryn…Page 23, Linda…Page 2, Philip…Page 49, Raymond…Page 14, Richard When she read, there were certain articles that she felt would interest each one.

Her purses were always big with many compartments. She purchased them from Church Rummage Sales or Salvation Army. She picked them with care, as she knew she had Treasures to keep in them.

I wish I had her purse with me right now. I would look at each thing, one by one, and remember the essence of who she was. 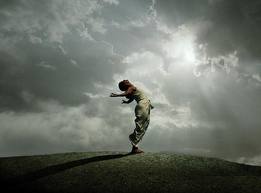 I swear, I see her with the cloud of witnesses, just waiting for me.

I know that may very well happen. As I was with her during her last week, she suddenly startled and looked with a faraway look and said, “Mama…mamma!” I said “mom what do you see?” She said “It is my mama and she is dressed in white.”

What was noteworthy was that my grandmother ( Babci) always wore very dark clothes.

The God of all compassion and mercy reunited my mom with her mother. Years of pain, just melted away!
Posted by It's Something Beautiful

Just like the name of your blog, Linda, this is beautiful. Thank you. (My grandmother always had sugar packets in her purse that she collected from every restaurant she went to--back in those days, most sugar packets were personalized to the restaurant :)).