Longsuffering? Can I Take a Pass on This Fruit of the Spirit?

But the fruit of the Spirit is love, joy, peace, longsuffering, kindness, goodness, faithfulness, gentleness, self-control. Against such there is no law
Galatians 5:22-23

I cringe when I hear people say, “Whatever you do, don’t pray for patience because the Lord is going to give you troubles” That makes God sound so vindictive. I don’t like that. Sounds like He is just waiting for that prayer, so He can “show us” a thing or two. Doesn’t sound like a Loving Father, does it?

Some versions of the Bible refer to the fruit that we are discussing this week, as longsuffering. In others, it is called patience and another says it is willingness to stick with a thing. And I might add, it is sticking with a person or sticking with circumstances beyond our control.

Longsuffering? I had to look deep within my soul and say “Lord, is that fruit in me?”

I didn’t get an immediate answer, but some people quickly came to mind.

I thought of Joni Eareckson Tada, as well as her husband Ken. She is a well known Christian author, speaker, artist and head of a Ministry called “Joni and Friends.”

Joni had a diving accident, as a teen, which left her paralyzed. She has experienced some deep valleys having to do with acceptance of her paralysis and all that it entails. To say the least, it can’t be easy to depend on others for your total personal care. She has weathered additional physical complications along the way as well.

Does she want to get out of her wheelchair? Of course she does. So far, that miracle hasn’t happened for her.

She has been judged as not having enough faith to be healed. How arrogant we can be. I just imagine the Lord’s heart breaks over that attitude towards her.

A while ago, she was going to enter a church service. She was “accosted” by an overly zealous young man, who felt it was his mission to challenge her. He was sure that she had to have some block to getting healed. He suspected that it was unforgiveness. She reports that she could not think of anyone she has not forgiven, at that point. She gladly accepted his prayer and said, she thought, when he left, that he was more disappointed than she was.

She believes in the possibility of healing and never refuses prayers in that vein.

When you read about her journey, you encounter a gut level honest woman. It never was easy for her to accept her fate and is not always easy even today. She is a woman of faith who asks honest questions of God and has learned to trust Him when easy answers don’t come.
She was diagnosed with breast cancer and gratefully responded to the treatments. As I read of this latest development, I was so struck by the love and devotion that her husband Ken has for her. He has been with her for years and I am sure that, as he holds such a strong place of support and comfort, he can become discouraged and exhausted too. He needs our prayers too.

I thought of another couple who is long suffering. It is a close relative of mine, along with his wife and their children.

For as long as I can remember, he has suffered from Schizophrenia. It is a cruel malady. There is such an evil and destructive component to it. It is tragic and tortorous. 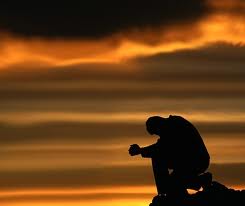 He  has suffered tremendously, as has his family. I remember, one time, he told me that he put his ears under water, when he bathes, in an effort to still the “voices”. Recently, I received a call from him as he cried, because of a very tense situation in his life. He blurted out something that was hurtful to another person. He regretted it. My heart broke for him. His whole life, he has felt like a failure. It was almost as if he had no clue how to act.

For his wife and their children, there has been a history of chaos and tragedy. Any hope that has come seems to be dashed again and again.

In sickness and in health” and “in good times and in bad” have been vows she has kept. Sometimes, I have wondered if I could do the same, with the circumstances she has lived under. I thank God that she has a strong faith in God. She expresses that she would never have survived without the Lord. 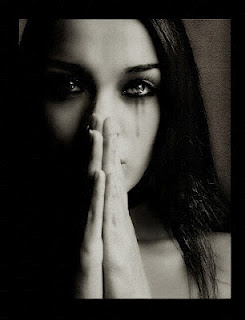 She prays for his deliverance. He prays as well, that he would become well.

There are so many questions in my mind in both these circumstances. Sometimes, there is not an easy and pat answer. I don’t like that, not one bit. I want to know. I want to fix it. I want to take away pain.

These two families have shown me what it is to suffer… LONG.
They hang on to the Lord for dear life, knowing He is all that they have. He is their only Hope.


Posted by It's Something Beautiful

Beautiful, Linda. Heart rendering and tender! Pictures are perfect too.

The thing about the fruit of the spirit: it is fruit singular, not plural. So they all come as a package deal, we don't get to pick and choose which we like.

God knows what He's doing, even when we don't!

Suffering is something no one wants. Not even Jesus enjoyed suffering. But God promises that His grace is sufficient for all our needs.

Mental illness affects so many families and my heart goes out to anyone who struggles with one themselves.