Where are your Palm Branches?

The Norwegian Pentecostal church that I grew up in was typical of non-liturgical churches.  We knew it was Palm Sunday.  We had a sermon about praising God.  But we had no palm branches.  I’d see my friends come home from Catholic Mass, Lutheran, or Methodist services with branches in hand.  Sometimes they had twisted them into the form of the cross.  I always wanted some palms.
As I got older we started going to classic Pentecostal churches without the Norwegian flavor, Palm Sunday would be a service with some extra oomph.  We were out to show those stodgy Christians with their Palms that we were the only ones who REALLY knew how to PRAISE GOD.  With our virtual palms raised in the air we’d shout to the Lord with great fervor.
When we settled in a church in Connecticut, another classic Pentecostal church, I was surprised that first Palm Sunday when we were all given palms.  A childhood desired fulfilled.
Yesterday, Tracy asked the question: “How could people be so outwardly recognizing Jesus' rightful glory, honor, and worthiness and proclaiming Him as Lord one day, and then be crying out for his crucifixion less than a week later?”  GOOD QUESTION. 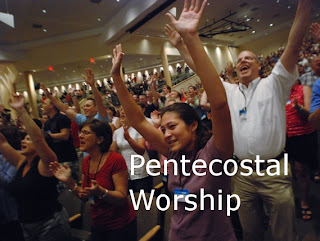 When I was taking Matthew Mark in grad school, I had this professor who would stand before us with his Greek New Testaments, his English Bible, methodically going through the gospels verse by verse.  He painted a picture of the pilgrims on their way to Jerusalem.  They had been traveling a very long time to reach Jerusalem to celebrate the Passover.  As they traveled they sang from the Hebrew Hymn book, the Book of Psalms.  They sang the Ascension Psalms that spoke of the glory of ascending the hill to Jerusalem.  Lining the road were vendors for all their last minute needs.    As they neared the end of their journey, they were thinking of the glorious time when God judged Egypt and Moses declared “Let My people GO!”
On those dusty roads they shared their expectations of the coming Passover. They had heard of Jesus.  They had heard He performed miracles.  Perhaps He was the Messiah as some said.  Perhaps THIS Passover they would see the return of one like Moses who will deliver us from the oppression of Rome.  As they saw Him, riding on the donkey, the fevered pitch of expectation climaxed as they shouted Glory to God in the Highest.
As Christians we don’t have a required Pilgrimage.  But we can understand these people caught up in the moment of ecstasy that day in Jerusalem.  We have Christian conferences.
Preparing for these conferences is a bit like the pilgrims as they journeyed to Jerusalem.  The closer I got to the conference, the higher my excitement, and expectation.  I was so excited because I was going to meet with Jesus.  He was going to be there.  Maybe I’d see some great miracles.  Maybe I’d have a miracle.  As the first chords of worship were struck, I’d be on my feet, hands raised.  As the worship reached higher and higher dimensions, out would come the glory hoop, or the flags, or the streamers; I did the Charismatic two-step.  Jesus was in the house, it was time to worship.
Those are great times.  I am sure everyone there truly loved Jesus.  But like the crowd of pilgrims that Passover in Jerusalem, I wonder how many of us would be at the cross?  Or would we be in the crowd, disappointed that the miracle hadn’t happened, saying “Crucify Him.”  Perhaps those yelling crucify Him were so angry that their last hope now stood beaten and seemingly weak in front of them.  Perhaps, they couldn't see past their own disappointment, bitterness, and disillusionment.  I've had moments like that, so disappointed you wonder if Jesus is ever going to act on your behalf.
I think we are still a lot like that crowd.  We get caught up in the emotions of the crowd.  We are great in praising God when everyone else is waving Palms and laying them at His feet.  A few days later, when seemingly our prayers aren’t answered, when hope is waning, where are our Palm branches then?
Posted by Joyce Lighari

Good questions! Jesus is not about emotions, he is a about knowing us. If he never did anything, we still need to get to know him.

Our palms should be out because of what he already did, not what we can get him to do.

A few friends were over to our house last night and we were talking about this very thing; about how we respond when we don't get what we really wanted, what we thought we needed. We all want to be women who have a steadfast relationship with God, and hearts filled with gratitude over all He's done, but we still sometimes struggle.

I agree with your conclusion Joyce and covered that also in my post Friday. The crowd mentality can quickly turn self-serving...even during the most noble causes.