Loving Others With Our Gifts 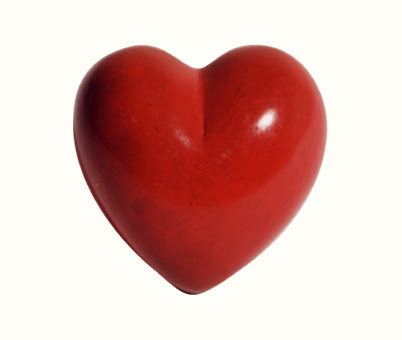 I have been teaching a class about the gifts that God gives us to be more effective in ministry. The Bible has all sorts of lists and mentions a number of gifts singly as well. The most well known lists are 1 Corinthians 12:8-11, Romans 12:6-8 and Ephesians 4:11. If you were to read 1 Corinthians chapter 12, 13 and 14 as though they were one long chapter (which it is), you 'd begin to see why we need these gifts, and the love of Christ to encourage others.

This week your faithful Kingdom Bloggers are going to talk about the gifts they desire (or use) to love others. The gifts are one of the many evidences of a living God - which is what makes Christianity greater than any other religion.

1 Corinthians 14 Intelligibility in Worship1 Follow the way of love and eagerly desire gifts of the Spirit, especially prophecy.

I got saved many years ago, and I didn't have any church or Christian friends to fellowship with until five years later. I was just saved, and spent my time hoping that God would fill my requests as they floated up to Heaven. Church was pretty much a spectator sport. You listened to the pastor teach and pray, sang a few songs and went home; hopefully feeling uplifted.
One day I had quite an encounter with Jesus (Act 19:3-7). I was on fire for God and I wanted to do something for God - well except preach sermons. My evangelical friends did some street witnessing, and that didn't really grab me either. I was glad there were lists of other things to do. So I chose a few to desire. I like teaching (I was a high school teacher at the time), worship because I had a degree i music, and prophecy.
I was at a meeting and met a guy named Denny Cramer. Here is what he spoke over me that January day back in 1998. I share this because the gifts changed my Christian walk from spectatating to doing. I am also sharing it because for those that either know me personally, or through the hundreds of blogs I have written, know that every thing spoken here has come to pass.
Son, there was a day when I would have called you a reluctant leader. But God would say I have removed all the reluctance from you and I've set you afire recently. I've stirred you and I've stimulated you. And from within your belly says God truths are going to begin to come forth [prophesy]. I have made you a man of the Word, open it my son and I will begin to speak to you out of it. And the prophets says God, the prophets in my Word will become of special importance to you.
I will give you a heart for nations as well, says the Lord. And you will travel from coast to coast. And you will learn what I am doing upon the earth. You’ll pick up this truth and that truth. I see you going to several major conferences. I see several air tickets being purchased. I see you getting on a plane-- flying here, flying there, flying here, flying there.
God says I’m going to equip you. Many men will speak into your life. No longer will you be reluctant in the things of God, no longer will you be conservative. You've  said "Lord I want to stay out of the limelight." God says "sorry I disagree." Get into it, get into it, get into it! I’m going to make you a leader - listen to this - God says "there’s teaching all over you." You can teach and train, teach and train, teach and train.
God says you need to have a little refocusing done. You've got to much activity going on, you've been out of focus this last year. '97 was a year that you were scattered, and you weren't focused quite like you need to be. God's going to focus you for 1998. YOU’RE NOT GOING TO WASTE TIME OR ENERGY! And God says resources will be no problem. I’m going to touch your finances. God says I’ve a got a financial package for you son - benefits you wouldn't believe. There’s even some writing in you. Writing, writing, writing, writing. And God says I’m going to increase his authority. Says the Lord.
(You understand that reluctance is not disobedience. It has nothing to do with him making a mistake. Some of us a reluctant. Amen.) And God is going to remove that from you and use you in a mighty way, a mighty way, a mighty way, a mighty way.
You’re going through a transition and God is with you. Oh son of God such as I have [prophecy] I give to you in Jesus name. Amen.
Posted by David-FireAndGrace

Most of the patriarchs in the Bible were reluctant to be in the limelight even on behalf of God. I find that to be admirable to a degree because it shows a humbleness and respect for the Father. We all must come to the realization none of us are worthy to truly represent the greatness of God, yet He commands us to so others can come to know His love.

As we both know, it's about Him and not about us.

From the first time I read your work, I knew you had the Holy Spirit in you. Now God is really going to use you. And for that I am greatful to read your thoughts.