Love is not enough

Yesterday was Valentine’s Day.  I hope your day was pleasant.  I saw someone post on Facebook that Valentine’s Day is not something you can be neutral about.  For some it is a wonderful day full of hearts, flowers, and romance.  For others it is lonely and painful.  For some, who’ve recently lost a spouse or a loved one, it is a day you’d like to stay in bed and ignore.
I’ve written about my love story related to Valentine’s Day and you can read it here.  I thought yesterday, that was probably the first and last most romantic thing my husband ever did.  He tends to forget Valentine’s Day now until the very last minute.  He did take me for a nice meal last night and even though I was with him when he bought the roses, he still bought them.  I guess after 33 years I am just very thankful we are still together on Valentine’s Day.
Marriage and any relationship is a lot of hard work.  There are lots of hard times.  There are lots of times it would be easy to give up.  When my first husband abandoned me, there was a stigma with divorce.  I remember hanging my head in shame even though I was the one abandoned.  It’s not that way anymore.  That’s both a good thing overall.  However, it does make it easier to bail when the going gets rough.
Here in Nashville on the news last night, they found a couple that had been married for 65 years.  They were so sweet, and still so in love.  He said it was love at first sight.  She said, she wasn’t so sure at first.  They met at a revival.  They still have their love letters from when he fought in WWII.  I don’t know if I will live long enough to celebrate 65 years with my hubby, but I sure hope we do. 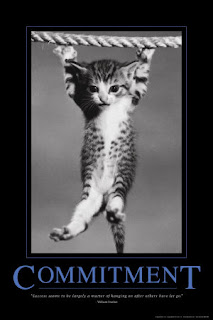 We beat the odds in so many ways.  We come from different countries, different cultures, and even different religions.  We ‘ve both hurt each other at times.  We’ve probably both felt like throwing in the towel more than once.  But I’ve discovered that the secret is perseverance, commitment, forgiveness, and loyalty.  I think that while we do love each other, sometimes it’s not enough.
I had a friend who was having a hard time in his marriage.  He came to me for advice.  He was desperate.  He’d waited a long time to marry but his wife wasn’t so sure about staying in the relationship.  I told him that marriage was one of the hardest things he’d ever do and the most worth it.  I shared with him to hang in there – he did, they have four kids now and are still married.
I think that’s what 1 Corinthians is saying too.  It says that if you love you just don’t give up.  I was also thinking about how God loves us.  He loves us so completely and unconditionally that He just won’t give up.  So even if you didn’t have a valentine to share your day with yesterday, Jesus is your valentine that will never ever leave you!
Posted by Joyce Lighari

I notice that repeatedly in the Bible when it talks about love it talks about things like forbearance and forgiveness and helping one another out. My husband John always says that he and I just need to give each other a lot of grace, like Jesus gives us. Because, the truth of the matter is that we're all hard to live with at some time or another. Heck - I even annoy myself, much more some other person!

Commitment - there is a world that changes with every wind out there.

It is a tough lesson, but it s the message of "love never fails."

My Jesus is my all time lover,now,tomorrow and forever !
Blessings in Jesus name!
Mama Chang,
http://homeslight.blogspot.com/