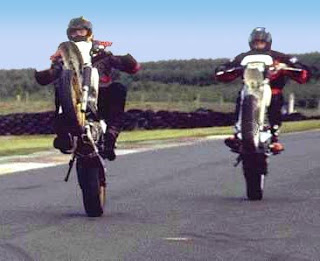 When you look back over the last decade(s), did you ever imagine that you'd be right where you are now? Your life now; this very minute. It's the culmination of our hopes and fears along with a touch of fate.

This week, you Kingdom Bloggers are going to be talking about new life in honor the birth of Tony C's daughter a few days ago.


Here is one my old Fire & Grace Posts. I admit it, I have been too busy for real life.

I know it is starting to sound like a High school graduation speech, but it's true. We headed out toward the horizon of hope with the winds of family and friends at our back. We were free to decide every aspect of our lives, and we focused on the future. Because of our decisions there were those of us that ran into rough waters on the voyage. And for some of us, we may have experienced situations beyond our control calling out "May Day." And there are some of us who left our stern lines tightly knotted around the cleats of past disappointment, regret and anger which tore at the fabric of our soul.

James said, "You do not know what your life will be like tomorrow. You are just a vapor that appears for a little while and then vanishes. 4:14"

I have been on Facebook for a number of years now. I originally set up an account to keep an eye on my teenagers. As a result, I have grown accustom to the impersonal nature of computer communications. From e-mail to chat and everything in between, we lose so much of the "body language" or "non-verbals" that I have had to relearn communication to some degree-- or at least accept its limitations.

The intrigue of rediscovering old friends and classmates using the Internet is a growing pastime for many. New statistics show the steep rise in Facebook accounts are no longer college-aged kids that it was originally targeting, but those that have attended college at some point in their lives. Personally, I enjoy seeing how things have turned out for my old neighbors, classmates and friends. Hey I still have hair!

The online community is often void of emotion, however; today I had one of those bittersweet moments. I contacted the sister of an old friend when I saw that she was online. She and I would easily recognize each other from growing up in the same little cow town, yet we probably didn't have 100 words together in our entire lifetime. I thought I would find out how my old friend Jay (not his real name) was, get an email address or send a hello message to him through her. It turns out that he died of cancer a few years ago.

He and I were just a couple of typical young men. We grew up together in Cub Scouts, and saw each other in the hallways at school. He and I rode motorcycles on RT 17 at over 100 mph, smoked cigarettes and drank beer-- talked about girls and hit a bar or two along the way. We were on the same bowling team.

I remember one bowling night I returned from a conference where I had a significant spiritual experience. I was atheist when I went, and a believer in God when I came back. I remember telling Jay about. I was almost tearful as I told him the story of my conversion; how God loved me and I finally recognized it! I think it was too much for him. He just held his hands out, palms down, gesturing "enough," and said, "Jesus-- man, if don't want to party any more I understand. That's cool." That was probably my first attempt to share the change of heart that propelled me into eternity.

I am unusually unsettled about his death and here is why. For nearly 30 years I sort of hid out in Christianity since I last saw Jay. And during that time I became the one with the "Answer", the power and the ability to pray against the ravages of cancer. But I didn't-- well not for him. We lost track of each other when I moved to another state.

This past year I have been calling a friend everyday who has been in treatment for bone cancer. Today, Dave is in remission (I prefer to call it cured). Dave is a believer, and regardless of his health, he has the assurance of Heaven. But what about Jay? I don't know where he was with Jesus in the end, we never talked about God again. The stark reality is it's just too late for me to do anything about it now. What I am thinking about is this, what difference could I have made in his life by visiting him or calling him during his sickness? He lived about six months after he received the dreaded news. That is six months I could have been doing something for him, for his family.

Maybe you are thinking, why feel guilty about not being there, you didn't know he was dying. Or this, maybe your paths crossed so long ago, things change, life goes on. The truth is that time marches on, but not always life on earth.

There is one more thing that makes this tough for me. In the late 1990's I wrote an email every day entitled "Time After Time." There was a woman on the list named Sue, and she would occasionally send a reply to a message I had sent out. Simple things such as, "thanks", "I needed that", or "could you pray for my kid's exams?"

One day a prayer request from her showed up in my inbox. Sue said that she was having tests to determine if the lump in her abdomen was cancerous. She asked for me to pray for her, and gladly I did. A week or so later she sent another email that confirmed that she had cancer; stage 4 it read. I remember feeling sad, but you know, I had never met her, and I didn't even know what she looked like. From a few of her replies, I gleaned that she was married, had older children and worked for an aircraft manufacturer. I prayed each day as she waited for a surgery date.

There is another foot note to the story, all of this happened shortly after I buried my dad. He died of lung/brain cancer in February of 1998. I hated cancer.

The next email that arrived from Sue read. "Could you please call and pray for me over the phone? I am scheduled for surgery tomorrow." Wow, I could do that for a sister in Christ. And so I dialed the number the next morning about 8 'clock; 6 o'clock their time. She was leaving at 7 for the hospital.

"Hello," answered a man's voice. It was her husband.

"This is David and I am calling to pray for Sue." I said.

She picked up the other line and said, "hello." I could hear the emotion in her voice.

I said, "Well, you know why I am calling, let's ask God what He wants to do here." I began to pray quietly in the Spirit. Then I prayed directly for her healing. "Amen" I ended in my most religious voice and wished them both blessings and hung up.

On and off all day, I was wondering how the surgery had gone. At about 4 'clock the phone rang in my office (Caller ID, never thought of it in those days). "They took another x-ray and the doctors can't find anything! Nothing!" Sue said.

"You're kidding me? Really?" (There in lies the sum total of my faith.)

"They took x-rays so that the surgeons could see the size of the mass before the surgery and could not find anything!" she said in such and excited voice.

It is very popular to chide Christians by asking "What would Jesus do?" Amazingly, most of us know. He'd be out there with the lost sheep and the goats meeting their needs with power and love.

More love, more power. Simple. Now let's get out there and make a difference.
Posted by David-FireAndGrace