Eating Ladoos to the Beat of a Tabla: Lifting Up Jesus 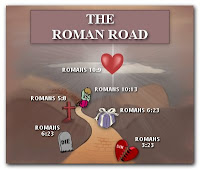 Sharing my faith in the typical ways is not easy for me anymore. Once upon a long time ago I was involved in a “Summer of Witnessing” as a teen in NYC. Teens from mostly the Midwest came to Brooklyn to use the Roman Road and tell people about Jesus. I liked the silent prayer partner role the best. However, I would also take my turn, going through down the Roman Road and hope for a prayer. We reported every day of our numbers and have services every night. I don’t remember every seeing any one we witnessed to during the day show up at that meetings.

I remember street meetings in Brooklyn that I have already mentioned in this blog. In one of them, with a group from Nyack College, I remember leading someone to the Lord. I never knew what happened to him. I got involved with a group that had a plan for winning Brooklyn for Jesus. We took blocks and targeted them with prayer and door knocking, all very strategic.  All of this was before I finished the tenth grade. To say I was a bit zealous is an understatement.

However, over the years my personal experience is that I have rarely seen this method of evangelism have long-term results. I have found that simple living the life is probably the most effect. Just hanging out as David said in his blog yesterday. 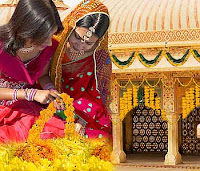 The most unusual time I shared my faith was in Pakistan. No, I wasn’t on a mission trip to Pakistan, I was on a family trip. It was 22 years ago last week. My husband’s brother was getting married. My husband, four of our children and I flew from NYC to Kuwait and on to Pakistan.

When we landed in Kuwait, I knew everything was different. At that time, you never saw police armed with machine guns in the US. In Kuwait, they walked around the airport, scanning all of us. I had a headscarf ready and hid under it. It was not because of modesty or religious conviction. I wanted to hide my light skin and light hair. I also insisted on wearing my cross. I wanted it clear, no matter what, I am a Christian and not ashamed.

I used the public toilet only to find it didn’t have a toilet. There was a hole in the floor to squat over. I was not that coordinated. We boarded the next plane to Karachi, Pakistan.

We arrived in the wee hours of the morning. As we went through customs, my fear increased. There was an old high desk in the middle of the room. The man sitting on the stool was quite intimidating. When he approved someone to go further, the sound of his stamp on the paper reverberated throughout the room. 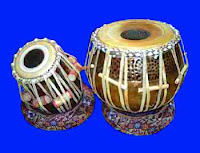 As the days went on, I slept a lot trying to adjust to the time change. I had never met my husband’s family other than one of his brother. There were so many people, most spoke no English. I had no idea of Pakistani wedding customs.  The woman would gather for hours and hours with a tabla, a drum and sing traditional wedding songs. The most popular one was about a mother singing to her son about how he was as beautiful as a peacock. 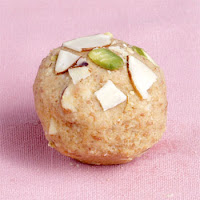 There were days and days of singing.  Three preliminary ceremonies leading up to the actually wedding.  I put mehndi (henna) on the bride-to-be’s hands and fed her ladoos to help with her fertility. It evidently worked she has five children.

One day I was sitting with the woman, all related, only one spoke any English. They were singing and beating the tabla. I was attempting to clap my hands with them. However, I am Norwegian. Norwegian usually have a serious lack of rhythm. Usually I have to watch careful in order to clap hands to music. This beat was different; it was odd. I was lost.

The sister-in-law who knew English looked at me and said, “You sing?” Sing? Me? I don’t know any Pakistani songs.  They all got excited as she translated that she was asking me to sing a song. They said you sing English – you sing one of your songs.

I probably know 100’s of songs. Nevertheless, at that moment, I couldn’t think of one I knew. I looked at our daughters. I asked them if they wanted to sing. They were young and of course, they thought this was a great idea!  So I asked them, “what do you want to sing?”

They looked at me with a big smile and said, “How about Jesus Loves Me?”  We were in a Muslim country and the only Christians in the house. I thought, dare I? I sent the children into the room with the men to ask their dad what he thought.  They came back and said, “Dad said sure, why not? They won’t understand it anyway.” 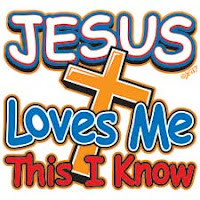 We started to sing:

Jesus loves me this I know,

For the Bible tells me so

Little ones to Him belong,

They are weak but He is strong

Yes, Jesus loves me, The Bible tells me so

They played the tabla and clapped to their beat. It wasn’t the beat of the song, it just have sounded terrible. We sang. They smiled. We smiled.

Ok, now maybe this isn’t what you had in mind for sharing my faith. I’d love to tell you that all these woman received Christ. They didn’t. However, I believe the scripture:

The beauty of this story is that like a raindrop, many of them are required to soften the hardened ground.

The longer that I am a Christian, the more I believe that if we do not become unified a body (1 Cor 12, Eph 4), we will not be effective in spreading the gospel and making disciples.

I love your story because it is about us being who God has made us. It is about a simple song, a simple prayer, a simple act of love that reveals the true nature of Jesus. 1 Corinthians 14:26

And there is no greater message than "Yes, Jesus loves me."