Our text for this morning is Romans 14:17

I have a professor this semester who is Russian, from Russia. He has a strong accent. He even shares the first name Vladimir with Mr. Putin, the Prime Minister of Russia. I wonder if Vladimir was the number one baby name for boys born in Russian about 35-40 years ago. Vladimir teaches my Christian Heritage class. We have been studying the reformation and all the mess in Europe during that period.
I like people with accents. I am actually drawn to them because I grew up hearing more people with an accent than without. It is a wonder I have learned to speak English without one. I was listening to Vladimir one day and he was talking about the mieeDdle ages. I wish you could hear him say Middle Ages.
As the lecture goes on something like this:

If you vere to get in a time machine and ask someone if they lived in the MieeDle Ages, they vould say ya, sure, I know this.

Den you vould say, how you know you live in Mieedle Ages? They vould say because I live in the time beeetwen the birth of Christ and his coming again. Ya sure ve all live in MieeDle Ages.

Now my point is certainly not to make fun of the accent. I have already said I love accents. I think they add richness to the ear like a symphony. They dance over the hairs in your ears vibrating a new arrangement of sound, understandable but yet different than the mundane sound of the same words.
The point is that we live in the Middle Ages still. We live in the period between the First and Second Advent. We live in the time where the Kingdom has come and is not yet fully come. We live in a great paradox.
My fellow writers have been quite good this week. They have shared personal stories and analogies about the Kingdom. Now here I am with theological talk. I guess that’s what happens when you are in school all the time. I wish I had something more entertaining to say. 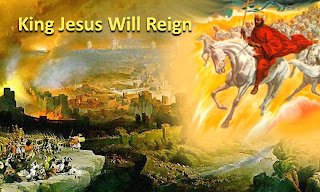 Nonetheless, I think we have lost a sense of the Kingdom as the eternal reign of Christ on earth as something that is here and now.  I might step on some toes. My words may not delightfully dance over the hairs in your ears.
If the Kingdom is here and has already begun, if we live in the Middle Ages of eternal time, then our focus, our loyalties, our devotion, our everything are wrapped up in our citizenship in THIS Kingdom. The first Christians, before Christianity became the official religion of Rome and was favored, saw themselves as no longer part of this world, this system. They saw themselves as citizens of the Kingdom of God. They grasped what Ancient Israel had not, that there is only one King. That King is the Lord God Almighty.
For them time was suspended. They already lived in eternal time. They saw that they represent the Kingdom of God on earth. As the hands, feet and even mouthpiece of the resurrected Jesus they were known for hospitality to strangers in their midst. They were known to show Christ’s love even at risk of death.
When I was a kid, an expression was used sometime about people. They would say the person was so heavenly minded they were no earthly good. I didn’t like that even as a kid. I didn’t understand how you could be so much a part of the Kingdom of God and a representative of the Heavenly Kingdom where God’s reign is eternal and not be good on earth. 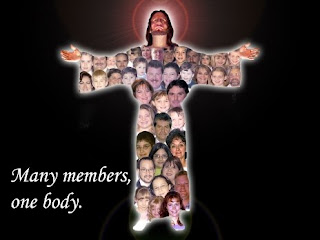 The Kingdom of God is righteousness – a right relationship with God and others, ALL others. Remember that song:

red and yellow, black and white, they are precious in His sight, Jesus loves the little children of the world.

Sure glad I didn't have to follow that one up Joyce...great stuff!

The Kingdom of God is peace and joy. Hallelujah!