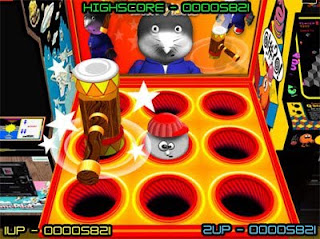 If you have ever read any sorta thread of comments after an online article you have noticed how 'brave'  and 'superior' some peeps are.  They are critical of everything, right about everything and insulting to everyone.  It is particularly vicious on the threads of sports articles.  A dissenting opinion will not only have their favorite team or athlete trashed but they will also have their intellect, gender and sexuality questioned as well.  Even their profile picture is subject to insults, unless it is a sleazy shot of some chick in a bikini, then a backhanded compliment may be given.

The political threads tend to be less confrontational, unless a peep is looking to poke a hornet's nest with a stick.  Then someone with a dissenting opinion will jump into a thread of disagreeable content.  From the ones that I have wasted, errr, taken the time to read they don't seem to get as vicious because usually the people complaining, errr, commenting on the article are of a similar opinion.  Examples, not too many conservatives are using MSNBC or the Huffington Post as their online source for news, just like there aint too many libs looking up Fox News or Newsbusters for their news.

Now on Facebook, things are a little bit different.  See, the people that will comment on your own post are your collection, errr, friends.  There is a person behind the opinion, sometimes even an actual friend that you may have (gasp) actually hung out with outside of Facebook.  So biting, sarcastic comments tend to be limited or else they're followed up with a ;) or a :P to let you know that the person is just playing.

For me, I made the decision recently, that for me and my 'valuable' opinions, these threads are kinda pointless.  When I get the vibe that the threads are opinion 'whack a mole', when it doesn't matter how valid a point is made, others will just pop up with another opinion, I tend to stay outta the mess.  However, every now and then, I will interject a completely random thought such as 'Project 86 is the greatest band ever' or 'My middle name is Joseph' or possibly 'the sky is blue' just for my own giggles.

Another decision I made when I got into the world of blogging and online commentary, errr, opinion expression is that I wanted to glorify Jesus.  I dunno if I have done this all of the times, I do know that there have been several of times when Holy Spirit (or my wife) have convicted me of my intentions for typing some of the things that I wanted to.  I have had buds make comments that have led me into rants but never into a reply because I knew I was coming from a place of Dave and not a place of Love.  I have also seen a few threads by Christians that made want to punch the monitor but instead I wrote a blog or a few.

By making these decisions and following through with them, I believe I have saved myself and many others a lot of frustration.  I also believe that I have come to learn more about Jesus and the Word by seeking to convey Truth rather than Dave.  Because of this mentality, I have been able to build meaningful relationships online because of my desire to exalt Jesus over Dave.  By trying to serve others by encouraging them with the Word, positivity or laugh and seeking relationship with people of a similar attitude, I have built relationships that are still limited by distance but not by an impersonal internet.  I have been blessed to get to know quite a few others and deepened the relationships with those I have known in the past.  Relationships that are genuine, caring, encouraging and Christ like because when I go online I try to watch my mouth.

Do not let any unwholesome talk come out of your mouths, but only what is helpful for building others up according to their needs, that it may benefit those who listen.
Ephesians 4.29
Posted by TeVeT

Wack-a-Mole - too funny. Maybe we could have a tournament? Now I have forgotten what your message was.

Right - be encouraging online and look for Jesus and exalt Him. Check. Thanks for being my friend.

Similar thoughts have been in my mind for months. Thanks for articulating them Dave.God bless.

You should really be a pastor...and not the television kind either.