It Is Well With My Soul

I was thinking, what is Peace? Is it an absence of conflict?  Or maybe a settled feeling? Perhaps, a  knowing that it is going to be all right? I think thee are appropriate answers.

I  thought of the well loved hymn by Horatio Spafford.. "It Is Well With My Soul" Then I knew my what question is more aptly answered by who is Peace?


Horatio was a successful lawyer in Chicago. He was married and he and his wife Anna had 5 children. A son and 4 daughters.


Tragedy met this man in proportions, we can only imagine.
First was the death of his only son, who was a mere 4 years old.


The next was the Great Chicago Fire that ruined him financially.
As a result of the last tragedy, he planned to sail overseas to assist DL Moody with his Evangelistic Efforts.


Unexpectedly, business matters had to be attended to and so sent Anna and their 4 daughter ahead...he would join them later.

Unbelievably, the ship his family was on, was struck by another and sank. His wife survived but their 4 daughters drowned. He was notified of this by receiving a telegram from his wife saying ,"Saved alone"
He left to join her.As  the ship that he was on, was at the approximate place that their ship went down, the Captain notified Horatio of that fact.
Horatio went into his cabin. This is where he penned this great and heartfelt hymn. 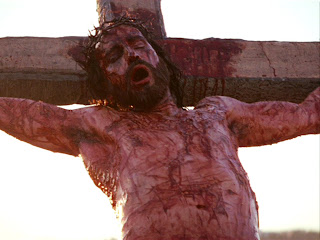 The first verse is probably the most familiar, as well as the refrain. But,as I looked more closely at the remaing verses, I saw that Horatio spoke of where he found his sustaining peace, on the cross of Jesus Christ.  It was in the joy of his salvation. He remembered the sacrifice that our dear Savior wrought for him. He was humbled and amazed at the emptying of self, which the Lord presented on behalf of all mankind. Horatio himself was part of redemption.The cross and the suffering and pain are where true Peace is found.
I can see that Peace is not as much a feeling or a state of mind, even though it can be that, but true Peace will never come apart from Jesus Christ. He is the Prince of Peace. Peace is a person. The Cross will always be the plumbline of our faith.
Two Beatles songs come to mind. One is "Imagine" and “Give Peace a Chance" They are nice songs and inspire many people but Peace...true Peace ( Jesus) is absent from these lyrics..

Unless the world knows this, men will never taste the ultimate Peace...the true Peace.

Simply, the Cross is the plumbline of our faith.