Jesus Saves, and That's Not All! 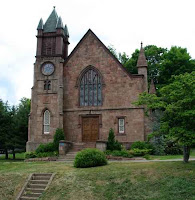 If you read the synoptic gospels and the book of Acts, a couple of things should be very clear. 1) Jesus is not only a miracle worker and teacher, but His ministry transformed lives.

2) The supernatural Jesus, the King of Kings and Lord of Lord, the great I Am – the God of all, has a personal side which anyone can touch with faith.

Even the vilest of men, the brightest and the dumbest -- those caught in terrible situations and those that create them. Yes, those that suffer in their minds and bodies, they too can have a personal and real relationship to this living God whose name is Jesus.

An encounter with Jesus transformed the woman at the well, the woman taken in adultery, Zacchaeus, Nicodemus and of course the twelve. Reading the Bible tends to put some sort of separation between us and Jesus. After all, if these folks knew Him personally, there must be something different about them, right? The answer is resounding no! And well a little bit of a yes. We are no different than those who knew Jesus in the flesh. Truthfully, we have an advantage they didn't have. That is a relationship through the Holy Spirit which has been available to us since the day of Pentecost.

So, what does it take to be transformed? Here’s my story.

Romans 10:13 For whosoever shall call upon the name of the Lord shall be saved.

I grew up in a small town not far from the Yale Campus in New Haven. My mother was an educator and my father a foundry worker – and alcoholic. I had little in the way of meaningful church upbringing. As young children my brothers and sister attended the little stone Congregational church in town. We had the traditional Christmas Pageant as well as some Sunday school lessons on the major Bible stories. We learned that Moses crossed the Red Sea while the tide went out, and Stephen was stoned to death – well, originally I thought on drugs – after all I was a child growing up in the psychedelic 60’s.

The Vietnam War raged on, and I was sure that I would die in the jungles of Southeast Asia —well if the Russians didn't drop the “bomb” on us first. For me, there was no safe place, not at home, not in the world, no where. Without faith, I “wished” things would change – but they got worse. There were so many things that I didn't understand. I lay awake – fearful of almost everything. I longed for a relationship with my dad, and the comforting embrace of my mother. They never came.

Between sixth and seventh grade I started sneaking beer and smoking pot. Each chance I had to indulge, I did. By ninth grade, even though I had aspirations of being a professional hockey player, or motocross racer, I was drinking and/or getting high on an almost daily basis. Sports trophies and good grades paled in light of my new found friend.

Sure, I could slow down for hockey season, or long enough to practice a hundred laps in the sand lot near my house. But I was dependent on escaping from reality -- the very chemical that made me laugh, also made me fearless. It replaced my desire to be with family and friends - it was the god of my life.

My theme song was Sex, and Drugs and Rock and Roll. Even though I worked hard shooting hundreds of pucks a day and staying on the pond until it was dark, I only manged to be an adequate hockey player -- I knew that I was was no Bobby Orr. As fast as I could ride, I couldn't catch the #1 plate at the track-- I'd settle for #128. So, one day I gave up trying-- opting for parties and concerts.

I had a few run ins with the law-- but never a conviction.

Things of course, went from bad to worse, and though I graduated High school, I couldn't get into school -- well I was 222 out of 224 in my class. The other two guys died of overdoses. I tried working for two years, and became unemployable spending lunches at the bar and oversleeping on Mondays.

I tried to get my act together. I quit drinking, bought a guitar and got accepted to college - but I chose the one with the most beer bottles in the parking lot.

A few months before college I went off to a 12 Step conference and was hanging out with guys that were younger than me. We talked about God and how I was an atheist. They shared their sense of spirituality with me and told me they loved me and that God did too.

Something happened. I just broke down for the first time in my life, and cried out - God if you are out there, come show yourself to me. My heart was flooded with an amazing presence which I didn't even understand. What I do know is that God saved me, right then and there, that hot July day - way back in 1978 on the Skidmore College campus - some place in New York state.

It took me two years to finally quit drinking for good. It took another couple for me to get going to church on a regular basis. God? He was patient and faithful. In 1982 I was radically filled with the Holy Spirit and passion for Jesus and a heart to serve Him were made alive in my heart like never before.

The rest is history - or should I say His Story.
Posted by David-FireAndGrace

What an inspiring story of God's love and grace making a life-changing difference. All you had to do was accept it!

I hope our three stories of salvation and forgiveness will inspire others to share their stories too. We'll just fellowship and praise God all over the internet!

I pray God pours a double portion of blessing on my two blogging brothers, and your weekends have the joy of the Lord all over them.

You are an amazing example of a man of God. God loves all his creation and will work with you till you come into His grace no matter how long it takes.

I would imagine He was talking to you even as you were an athiest in your younger years. Like most, we failed to listen untill we were ready to seek peace and a better way of life. As that day happened, we have to wonder why it took so long for us to hear His words.

I wish the three of you a prosperous and fruitful journey.