I feel so fortunate that the Creator of the Universe lets me talk to Him, that He wants to talk with me. I have so much I could say about prayer that it would take a whole bunch of posts.

So I decided to focus on just one specific area that God's worked in my life, much to my amazement, through prayer during these last few years. It's in the area of marriage.

You may not be at all like me. You may be an optimistic, outgoing, self-secure individual who came from a healthy, loving, stable Christian family. Well, like I said, that's not me. But I am so grateful that God works in our lives and we don't have to stay the same.

When my husband John and I wed in 2005, I was determined to not make the same mistakes that I'd insanely repeated through much of my life.

I know John and know that he prays for me daily.

His prayers have resulted in some basic truths finally getting through to me (I didn't happen to have the family background where I learned the basic skills for a successful marriage). I've learned that you can not change another human being. I've also learned that every single person on the planet can be annoying sometimes and you just have to extend one another a lot of space and grace. So, instead of nagging my poor beloved, or pushing for my way when something was important to me, I committed myself to be quiet and pray.

God worked. He has done such a better job at things than I ever could have demanded, manipulated, controlled, or coerced into happening. I can let go and let God work 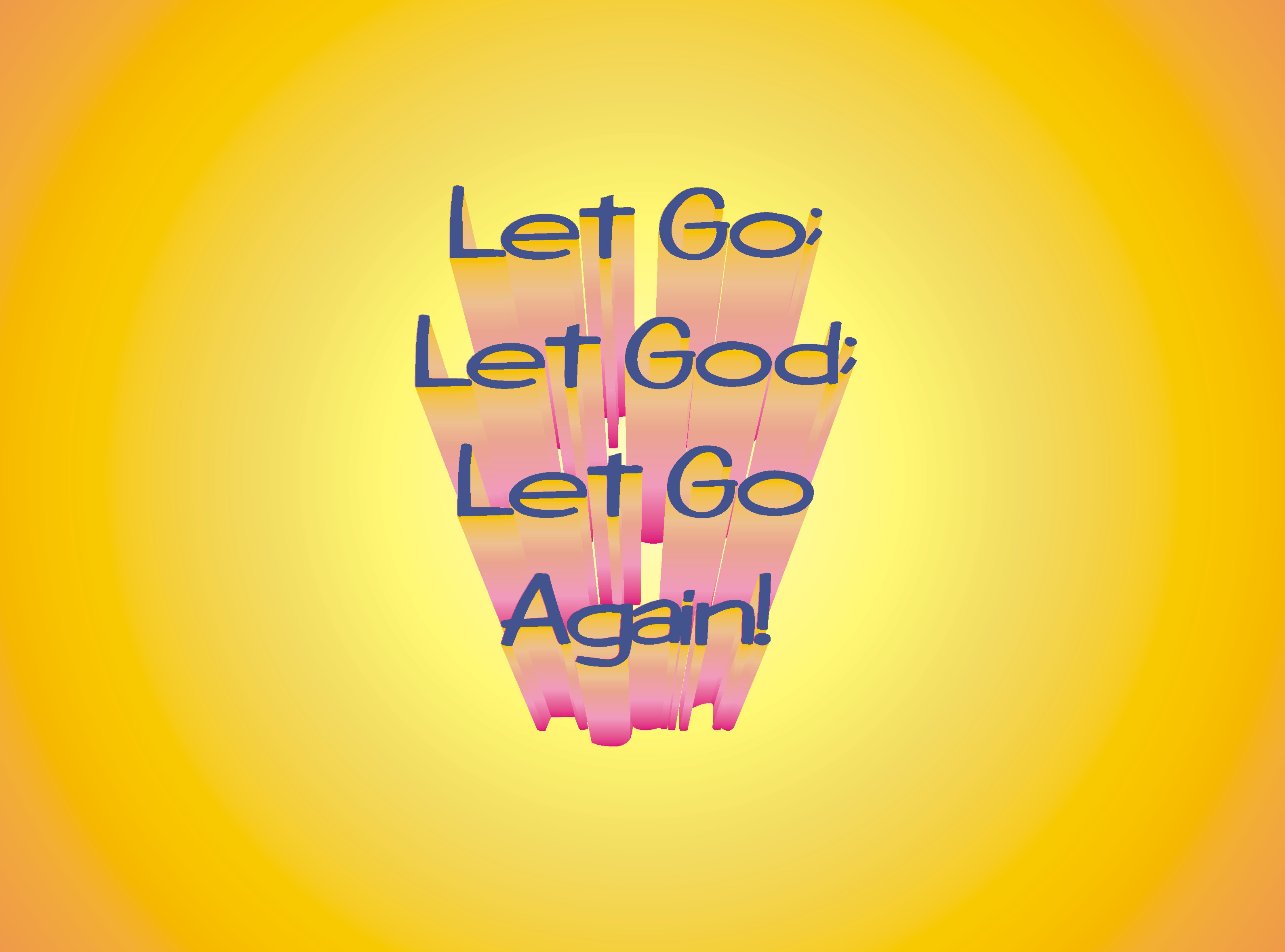 instead of thinking the whole world is on my shoulders and that I have to be responsible for everything. I commented on David's post on Monday about how when I read passages in the Bible such as Ephesians 6:12 and Daniel 10:12-14 my awareness of the spiritual realm is increased. I believe that prayer is one of God's ways for us to work in that spiritual realm. John's prayers on my behalf have been fruitful and God is working in me, changing me; from the inside out.

It's also been cool when situations arise where I want so much to argue with John and push for something, I can just be quiet and go pray. A really light weight example (because who wants to share the heavy weight ones?) of this happened this past year. John grew up with a dad who didn't like pets and they never had pets, so John didn't learn to enjoy animals in his life.

During our first year that we moved here my younger two sons and myself acquired a 5 month old dog from the local animal shelter. As John was looking toward retiring this past year, he told me that he didn't want this dog (Jake) to be a part of our household when he would be now be at home so much of the time. Well, if you're a dog person you know that 3 years with a dog makes him a part of your heart. Yet it's not like I could choose the dog over John. So I was quiet and prayed. A year later John has retired and Jake is still here. John is crazy about that dog and spoils him more than it would ever enter my mind to do. God changed John's heart. As we were out hiking this past week and we were watching Jake run up the steep mountain that John and I were slowly making our way up, John commented on how much joy this goofy dog brings into our lives.

What about you, what are some ways God's worked in your marriage through prayer?
Posted by Tracy

I was touched by your post and how your husband prays for you. Isn't it comforting to know someone cares for you that much?
What came to mind is when my husband was unsaved, I tried every " trick" in the book to make him aware of his need to make the decision that Jesus died for his sins. Like...leaving Christian books for him to read in the bathroom, just happening to leave the Bible opened at certain pages, inviting him to many Christian gatherings etc.
Then I too pulled back to pray and let God have his way with him. I prayed for his eyes to be opened to the truth.
One day he agreed to go to a FGBM meeting with me ( surprise of surprises)he( without any of my "help" or "coercion") raised his hand high as the speaker invited people that had not made a decision for Christ and wanted prayer. The funny thing is I was the most surprised...go figure!!! *grin*
Linda

Prayers do move mountains...His Word is truly a guide for everything we're in. Because of Him, my DH and I have learned to be more patient, more accepting of each other's flaws. And praying with each other reminds both of us that because of His love, we are remaining strong. This is a very timely post. It's sad to hear divorces left and right. Even among Christians. Nice blog and it's amazing that you guys got together. Glory be to God!

Oh well...how has God worked? We survived some major stressful pregnancies! :) Seriously, we almost didn't make it on the last one. God completely changed us though through everything. We realize our need to serve each other and our selfishness...although still present goes more towards selflessness.

The wife and I have been married for 45 years. We met in High school during my Junior year, courted each other for 3 years, then married both feeling that the Lord led us to be with each other for eternity.

The Lord granted this lady the patience of a saint to deal with me during my quirky years. I give thanks to God daily for such a wonderful, caring, and loving person as my wife.

As we matured over the years with The Lord's guidance, we fell deeper in love. Our lines of communication has always been open to each other's issues and that has been a big part of our long term romance.

Yes we as others do argure once in a while but it is rare. We trust in God for guidance and that is the vital part of our 45 year marriage.

Linda - Laughed when I read about your "tricks" to "help" your husband come to God. I'm so happy for both of you to read that God in His greatness and goodness has brought your husband to Himself. That now you can do what Michelle wrote about recently and "glorify God and enjoy Him" together.

Rcubes - I'm real grateful to have connected with the wonderful brothers and sisters in Christ who I've "met" through the internet. It reminds me of the connection beyond my local community. Plus, I find so many people via the internet that I relate to so much.

Michelle - glad you made it through the last pregnancy & have 2 adorable children. Yeah, I think on this side of heaven, we'll all struggle with our selfishness (unless we choose to just be selfish!)

Larry - I adore knowing people who have been married a long time. Praise God that He blessed you with one another since such an early age!

God has used Candice to teach me to center my relationship on Him and in prayer. Both were very important to her, while I was more private about my relationship with Him.

Couples who pray together stay together. I'm completely sold on that today.

I don't know very much about prayer, but Jake sure looks like a great dog!