Grace is a big fish tale! 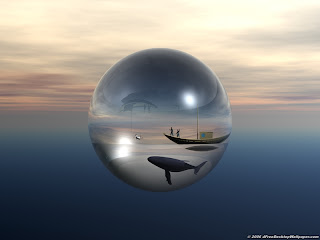 Have you noticed how often you hear the song Amazing Grace at places where you least expect a hymn to be heard? It has become sort of this eerie anthem at times of pain. I guess that’s appropriate on some levels, when there is pain, we want the grace of God to relieve us.

I never tire of the song and I certainly never tire of grace. I love every verse of this song, but when we get to the last verse about having no less days to sing God’s praise, I usually get chills. It is as my arms refuse to stay by my side and they have to go up in praise to God.

Performers who have no connection to the church often perform it and make lots of money. Take for instance this wonderful performance by Il Divo found here.  Perhaps we cling to this song as a society because deep inside, we know we need grace and lots of it! It is amazing!

What is so amazing about grace? As with God’s love, I don’t think there are adequate words to describe it nor do I think we fully comprehend it.  As I consider grace and it’s amazing nature, I don’t turn to a New Testament passage. A simple search will tell you that grace is mentioned over 100 times in the New Testament and as few as 3 times in the Old Testament depending on the translation. Isn’t grace just a New Testament teaching? No.

I find one of the most powerful teachings about grace in a book of the Bible that we tend to think of in terms of the Veggie Tales or some large font colorful children’s book, the book of Jonah. I had a friend who once referred to Jonah as the Monty Python section of the Bible. He had a point. It is a series of very unlikely and hard to believe events.

When I did children’s ministry I taught the story of Jonah several times. One time I built this 10 foot long big fish in the basement of the church. I used tarps and duct tape and a box fan to allow the fish to inflate. It was a small church and we had a mixture of various aged children. We had fresh mouthed boys and delicate little girls – we even had some fresh mouth girls and delicate boys. In we crawled together. The black tarps made it dark inside. We heard the roar of the fan. In the total darkness we imagined what it would be like to be in the belly of that fish. It was as if we were there with Jonah.

The scripture says an amazing thing about Jonah’s time in the fish. In our view of God we often see this as God’s punishment of Jonah for disobedience. How often we think of God in this way. I use to think of God this way. Sometimes I forget about grace and still do. The scripture say that God prepared a fish for Jonah (Jonah 1:17). God prepared a fish… think about that. That is grace!

There is more to Jonah’s story. Grace is evident throughout four chapters of this tiny book. I suggest you read it, it won’t take you long.

God’s grace came to those sailors on that boat with Jonah. First time we see these rough and hearty men, they are crying to “their gods” (Jonah 1:5).  In ten short verses we see these same idol worshipers praying to God, the God of Jonah, our God, the Lord Almighty. Then they offered sacrifices to Him and made vows. We’d probably say today that the whole boat load of them found grace and got converted. Grace to the outsider. Grace to those with no knowledge of God. There was a revival.

In the belly of that fish, Jonah found grace. As he cried out to God, God gave him grace by spitting him out and sending him to bring grace to Nineveh.  Jonah preaches and the whole country repents. By royal decree animals and humans fast and cry out to God! Can you imagine such a revival? Jonah reached an entire people group, a whole society. God gave His grace to the people of Nineveh. Talk about amazing grace.

Jonah was mad. Picture Billy Graham in the biggest stadium in a country. He preaches his heart out calling for repentance. Graham says to the crowd, I am going to ask you to get out of your seat. The ruler of the country comes forward. He takes the microphone and tells the people we need to fast and pray. Everyone fasts including Buffy the cat and Fido the dog. Then in the next scene we see Billy pouting from a hill atop of the country.  He is mad because the whole country found grace. 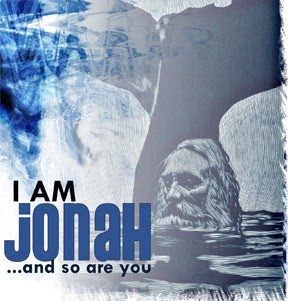 Jonah was mad, very mad. Jonah knew God was compassionate, after all God gave him grace when he disobeyed. He only wanted that grace for himself. He wanted to sit up there and watch God’s judgment. Some times we think it would be fun to watch God "get 'em" and give them what they deserve.

Now this is my favorite part of the book of Jonah. If you’ve never read it you should! (Jonah 4) We like it when God gives us grace. We like it when He gives grace to those we like or those who are like us. We don't want what we deserve."

Grace is not just for you and me - it is for EVERYONE.

Wow, what a great view of the book of Jonah!

Good word and very timely in light of the crisis in Haiti. Grace is something we all want and very seldom understand.

Jonah in the big fish ( submarine) rebukes God for not destroying the nation in question. Jonah wanted revenge. God wanted to save that nation through His love.God even gave grace to Jonah through the tree that sprouted over night to keep the sun off Jonah. God wins out and Jonah is mad. What a story of God's love and the moral of this passage.

Great lesson Joyce and a refreshing look at Jonah.

Also, I love the idea of building the fish for kids to climb inside of to see a little what it was like for Jonah. Very creative.

I didn't appreciate you stomping on my toes at the end...but then again, I never do when my pastor does it either. You guys take a class for that or something? Good stuff as always Joyce!

@Tony - yes, we learn to "afflict the comfortable" AND usually it is because God stepped on our toes first. We just share the pain.

Very true. It has always been easier to receive grace than to give it