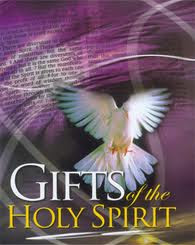 As the title infers, we are given gifts, by the Lord, for the common good, to prepare God's people for the works of service, to benefit and build up the Body of Christ as a whole.

I have posted a webpage at the end of this post, which has a clear explanation of Spiritual Gifts.

There are three categories of gifts.

Ministry Gifts …which reveal the plan of God.

They usually are a full time office or calling. As of now, I have no such calling, but if I did, I could picture myself as a Pastor.

I see a Pastor as leading, tending to, protecting and even sometimes correcting the sheep (the people) in his or her fold.

Manifestation Gifts …which reveal the power of God

I have operated in Prophecy (not the office of a Prophet)…Speaking in Tongue…Faith…Healing…Words of Knowledge.

I would say the strongest are Prophecy, Healing and Words of Knowledge

For a while now, I have been able to give personal Prophetic Words to people. I now carry a stack of index cards to church. I do so because the recipient can have a record of what I have written. In the past, when I personally, have been the recipient of such words, I have often forgotten them. Just a note, they are not directional or corrective, but always edifying and encouraging.

In the same gifting, the Lord has made room for me to give Public Prophetic Words to the Congregation. If I am at my Home Church, we have a Prophetic Team in place, where I can check out what I feel the Lord is saying. They can agree or disagree, as to how they sense the Holy Spirit moving.

If I am at a Church that is not my own, I must ask permission, from the Pastor to give it.

I do not take these gifts lightly, especially the Public Declaration.

I have a deep desire to see people healed. In addition to physical healing, I seem to be more focused on emotional or inner healing. This has come from the promise, in the Word of God that says…”what the enemy meant for harm, the Lord will use it for good.” 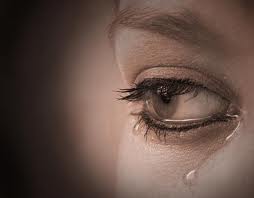 I have suffered from depression and had several suicide attempts.

Depression issues have plagued our family, along with alcoholism. This has been true of my husband’s as well... Sadly, I have a brother who has suffers from schizophrenia, for many years. There have been 5 suicides in my family. I WANT to take back that which has been stolen from my family. I want to come along side of others who have suffered in this way.

When I pray for people, I am often given a Word of Knowledge. An example of this happened when a woman came up for prayer, for her son who broke his leg. She, of course, was asking for healing for him. However, I could not get away from a nagging feeling that there was something else
I was then lead to tell her what I sensed the Lord was saying to me. I said “I sense the Lord is saying, for me to tell you, that you are a good mother” Well, torrents of tears came from her eyes. THAT is what she needed to hear, as she was feeling very guilty about the circumstances that surrounded his accident.

So you know I am not infallible, just this past weekend, I was at a Ministry Training School. I spoke to a woman, what I thought was a Word of Knowledge. I was WAY off. The teacher corrected me loudly, in front of everyone. It was embarrassing but I quickly got a hold of my emotions and said to myself, I am here to learn.

I learned a lesson…you have to be careful in what you say.

For the many Motivational Gifts Tests that I have taken, I am always off the charts, with Mercy being my identifying gift. It seems that I was born that way (duh). I cannot seem to withhold mercy and compassion. I have a deep desire to have others know of the Lord’s unconditional love for them.

What comes in second is Encourager/Exhorter. I just love to encourage. Along with the cards I have already mentioned, I have been making sets of cards for different women. There are 30 cards in a set and the Lord will show me who to make them for and what to say. I draw a picture on each one (that feeds my artistic leaning) and write personal words on each one (That satisfies my prophetic and writing gifts) I have experienced much pleasure doing them.

It was recently suggested to me, to have such cards printed up professionally and sell them I am praying for the means to do this.

I would imagine if we really thought about the ways that the Lord uses us, it might seem like we’ve always been that way... It is naturally supernatural.

In closing, I know you’ll agree that Bach was given a huge gift of talent to pen scores of incomparable music. He regularly inscribed, at the beginning of his scores, the letters J.J. which stood for Jesu, Juva or “Jesus help.” At the end of a composition, he often wrote S.D.G for Solo Deo Gloria or “To God Be the Glory”

Gifts from God were never intended for us to hold on to or to brag about, but to freely distribute to whosoever needs them. That would be in and out of the church walls. 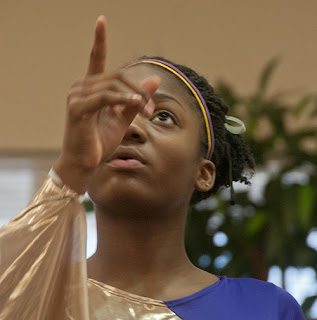 Let’s all roll up our sleeves….get rolling…. press in and don’t faint ... be bold, as we use them. Most importantly, let us make sure that God gets the glory, whether they come through our mouth or hands or actions or through another.

Pedestals are bad news…for us and for others.

http://christianity.about.com/od/holyspirittopicalstudy/a/spiritual
Posted by It's Something Beautiful