Should Christians Get Tattoos? by Jenna Vick Silliman 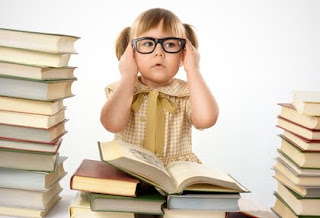 I used to think Christians should not get tattoos. When I was in my young adult years, and a new Christian, forming opinions of my own, tattoos were worn by motorcycle gangs or by criminals. My dad told me stories of men in the military getting tattoos when they were drunk. I was a good Christian girl, a book worm, an ‘A’ student, and a Daddy’s girl. Probably the most outlandish thing I did in my young adult years was to wear a halter top with no bra. That sums up my teenage rebellion. To me getting a tattoo was as wrong as a driving my VW Bug the wrong way on a one way street.

Jump forward in time to the year 2003. When my older children launched out on their own I was stunned when they talked about getting tattoos. Out of the recesses of my memory banks I sputtered out some Old Testament verse in the law against marking your body. Of course, we don’t keep the other zillions of laws such as wearing tassels on our garments or not eating bacon—so to pull out that obscure verse was ridiculous.

My oldest son, Daniel, at college got a tattoo with his good buddies. They all had a line from a novel tattooed on their upper arms. Our third-born, David, got a big cross entwined with roses on his shoulder. These tattoos bothered me and I didn’t get it, but they were covered by shirts for the most part, and my sons were old enough to make their own decisions, so I stayed quiet in my disapproval. I think it was when my lovely daughter away at college decided to tattoo the Hebrew symbol for wisdom on her ankle that I had to come to terms with my negative feelings.

I began to ask other young adults about their tattoos. My three oldest and these other young adults all talked about expressing in their “body art” what was essential in life and of most vital importance to them. I asked others, “If you were to get a tattoo, what would you get?” It is a most interesting topic for discussion! Even people who are dead set against tattoos, have interesting answers that reveal their heart about what symbol represents something of vital importance to them, or what expresses them the best. Such a discussion is a great way to get to know someone better!

Often Christians make little boxes around what is acceptable and what is not, according to their own experience and viewpoint. God seems to ignore these limitations. His love and His power are so beyond our wildest imagination. He loves to push the envelope and blow our minds by working outside our religious boundaries. I read a great quote (I don’t know who said it.) that expresses God’s heart: “When tattoos, piercings, ragged clothes, the smell of alcohol, pregnancy outside of marriage, or any such issue, gives a church "cause" to ask that person to leave, know that Christ Jesus will also leave with them.”

God meets us anywhere, anytime, with anything we got going—if our hearts are turned toward Him! The heart, that’s what is important to God.  The shepherd boy, David, did not look the part to Samuel—he could not possibly be the one God wanted for king! I Samuel 16:7 says, “But the Lord said to Samuel, ‘Do not look at his appearance…for God sees not as man sees, for man looks at the outward appearance, but the Lord looks at the heart.”

Not always, of course, but often people have tattoos done to express their heart. When I realized this, I began to see them as a beautiful expression or an art form. When I turned 50 years old I began to daydream about getting a tattoo. I decided I wanted a flying dove to symbolize my spirit flying on the winds of the Holy Spirit. I added an 8, which is the symbol of infinity, to signify unbroken fellowship with God 24/7. This is my heart’s desire. “In His presence is fullness of joy.” (See Psalm 16:11 & Acts 2:28.) I went on the Internet and got ideas and began drawings of my tattoo.

When I told my husband, he said, “WHAT!!!? I can’t believe it! Why in the world would you want a tattoo?!” I explained and asked him to think about it. He was shocked, shaking his head in disapproval, and dead set against it. I prayed and asked God about it. I said, “Papa is it okay with You for me to get a tattoo? If so, I need you to change my husband’s mind, provide the money, and three Scriptures to positively confirm it too.”

Without even trying, three Bible verses pro tattoos showed up one by one in a short time. Here they are: “Another will write on his hand: ‘BELONGING TO THE LORD.’ (See Isaiah 44:5.) “You are engraved on the palms of My hands.” (See Isaiah 49:16.) “On His thigh Jesus has a name inscribed saying, KING OF KINGS AND LORD OF LORDS.” (See Rev. 19:16.)
I saw some tats I really liked done by a local tattoo artist in Port Angeles, WA named Marcus. His phone number is 360-477-2754. I spoke with Him and showed him my rough draft drawing. He changed it a bit and made it even better. He told me to bring it in when I was ready and it would take about 15 minutes. When I asked about cost he said it would be $75 but if I had it done on my birthday he would give me the percentage discount of my age. I was about to turn 52 by that time, so my tattoo would be 52% off if I had it done on February 18, 2010. Marcus said his oldest customer was a woman who had a rose tattoo done on her 82nd birthday and he gave her 82% off. My husband joked that he would wait till he was 100 to get a tattoo so it would be free. Hahaha!

On Valentine’s Day, right before my birthday, my dear husband wrote out a beautiful handmade card on red paper expressing his love and saying he was more than happy to give me my heart’s desire—my tattoo! Tucked inside was a fifty dollar bill. Hahaha! I scheduled it with Marcus and now I am the proud wearer of my own body art.
Now my husband says, “I’d like to get a tattoo of a roaring lion with an eagle on his shoulder.” God sure changed his mind about tattoos! He seriously wants to get one done! I asked him where he would get it done and he laughed and said, “How about on my bald spot on my head?” Hahaha!
Posted by Jenna Vick Silliman