Just Get the Donkey! 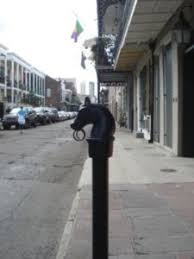 Imagine that one day you are sitting, looking out the window at your car, and two nicely dressed guys, one who looks like Rob Bell and the other who looks like John Piper, they open the front door and start looking around in it. You ask them, "hey, what are you doing?"

"We are taking this car because the Lord has need of it." they reply in a soft spoken voices.

"Well, I need it to get to work, and pick up the kids from soccer." you reply. "Can't you just rent one?," you ask them.

"No, the Lord said that he needed this one. May we have the keys?," they ask.

I know it seems a little far fetched, however; that is exactly what happened so many years ago.

Luke 19:28 When He had said this, He went on ahead, going up to Jerusalem. 29 And it came to pass, when He drew near to Bethphage and Bethany, at the mountain called Olivet, that He sent two of His disciples, 30 saying, “Go into the village opposite you, where as you enter you will find a colt tied, on which no one has ever sat. Loose it and bring it here. 31 And if anyone asks you, ‘Why are you loosing it?’ thus you shall say to him, ‘Because the Lord has need of it.’”


Situations like these I prefer to call a "crises of faith." Without faith, how would you know if they were ripping you off, or if the Lord really wanted them to use YOUR car? This passage is an excellent illustration of what it is like to follow Jesus - to hear his voice and do it. in fact both the disciples and the colt owner both had to hear and obey God.

I pressed a Bible study really hard one night. How exactly would you know if this was God or not?

They seemed to agree with each other, "well I just would!"

I continued to probe them. How would you know, what is it like for you to "just know? Has it happened before?" I asked.

The real issues was how do you know that you are hearing God in the first place? I find that a lot of Christians don't hear God, they throw a few prayers up in the air and hope things work out, they find a Bible verse that agrees with what they are feeling, or they get counsel - some times even the counsel must agree with their feelings. But the real question was how would the colt's owner know that the disciples were on a mission from God? Or not?

If we look at the disciple's side of things, they had to be told "if anyone asks" which certainly shows some sort of doubt, and it wasn't Jesus. The message is clear, just get the donkey!

The entire Christian life is encapsulated in this passage - hearing God and being obedient.

Of course the story of the Triumphal Entry goes a lot deeper. There are lots of questions surrounding those that cheered on the Messiah, and where were they as the events of Holy Week progress toward Pentecost?

How about you, how do you know that you've heard God? Have you missed it?
Posted by David-FireAndGrace

Just Tuesday night some friends and I were studying the Word together and talking about hearing God's voice. How sometimes we'd all heard Him, but then thought "naw, couldn't be...." but then realized that it was was. Sometimes the Lord speaks stuff to us that don't make sense from our perspective, just like the donkey thing most likely didn't to the disciples.

Oh how I wish Jesus would just show up in the flesh and tell me in no uncertain terms to go get the donkey. It's hard - it's hard when you obey and then nothing happens too.
That said, I think even when we "miss it" He knows we are going to miss it and figures out plan B long before we even realize that we missed plan A.

Don't we get really uncomfortable when pressed about our faith? lol

I love emphasizing the point to my college-aged class 'Do you truly believe what you say you believe? How do you know?' It's a great litmus test for any given situation.

Isaiah called it the still small voice, others saw visions or dreamed dreams, Paul heard an audible voice and it knocked him off his donkey! The point being, God has such a heart to communicate with us, that He will use many methods. For me personally it is usually a deep inner gut feeling followed by a deep sense of peace, but there have been times I have had dreams or seen pictures in my spirit.
Blessings
Pastor Duke