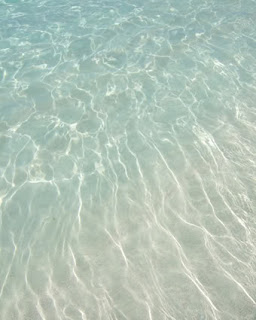 I met Nikki online after I figured out she had hidden her yahoo IM in her bigchurch.com profile. My charisma could not be contained by my profile and she responded to my invitation to chat. It was easy for me to ask very forward questions hiding behind a keyboard. I could be very suave and courageous behind an avatar and with 70 miles in between us. Supposing that rejection online would be easier than being rejected in person I asked her what she was looking for in a relationship and her expectations of any potential husband and father. We exchanged important core beliefs, favorite bible verses and worship songs. Really liking how our convys were going I was ready, yet still reluctant because I was worried about the response, to ask a critical question: Have you been Baptized in Water and Spirit. The answer would decide how eagerly I pursued this woman. The question caught her off guard, probably because we were chatting about something totally different. (Nikki quickly had to learn that conversations with me could be very abrupt and wide ranging in topics.) She volunteered that she had been Baptized in Holy Spirit and that she was scheduled to be Water Baptized in a couple of weeks. Whew! Knowing all of this about her Walk and how intelligent, funny and beautiful she is, I thought to myself I could easily forgive her for listening to country music. Thinking back, I probably volunteered that information.
I had known Nikki for about six weeks and had a couple of dates when she invited me to go to church with her again, this time to see her Water Baptism. I took this a good sign, that I had made a good impression upon her friends and Nikki told me that I may get a chance to meet her Mom. But it was really cool that she wanted me to be a part of her Spiritual life as well. I am always excited when a fully clothed person purposely chooses to allow another person to submerge them under water in front of a large number of people all in the name of obedience. It is really cool when the ladies set aside their pride and decide to soak their clothes, hair and make up in the name of the Father, Son and Holy Spirit.

During our brief courtship I had learned that Nikki had grown up in the church but as an adult had an on again off again relationship with Jesus. She had come to the point in her life that she no longer wanted to walk down the middle of the road. At that time, she was a single mother of a wonderful four year old daughter, whose eyes and ears were more and more observant of her mother's words and lifestyle. But most importantly for Nikki, she was washing away the old.

I remember trying to console Naomi (unsuccessfully) after she saw "that man push Mommy under the water" and meeting Nikki's mom. I also remember an odd introduction to her Mom that almost seemed to be an interruption of a conversation that had taken place over the previous weeks. After learning my name, Jane informed that she had ‘reminded’ Nikki that she was already baptized as baby and that she didn't need to do this. As I sorted through my mental bible for the correct wording of Colossians 2:12 and 1 Peter 3:21 so I could ‘support’ Nikki as she finished the introduction between her mother and I. Before I could impress both ladies with my knowledge, Nikki simply replied “This is something I needed to do, this is my choice.” To which Jane excused herself with frantic hand gestures and the announcement that she “was already late for another church meeting.”

What I remember most vividly about that day is how beautiful and confident Nikki was before and after her baptism. It caused me to ponder about my Baptism and how awkward I felt before and after. I knew what I was doing and why I was doing it, it was just something I knew I needed to do. I guess I was looking for something spectacular to happen along the lines of the heavens opening up and angels appearing. Thinking back, maybe that happened, I dunno, because I was with all the others inside the Iowa City Rec. Center swimming pool. I was so impressed with her sense of accomplishment and new found purpose that just seemed to shine all around her. Nikki wasn't just caught in the moment of, it was like she saw how beautiful she is through the eyes of Jesus and saw the beautiful future in Christ that she had never imagined before. That day was truly something beautiful.
Posted by TeVeT

Amen. It is, and always will, hard to put the spiritual realm into the words of a natural man.

For me, that bottom line is this: if you want a full relationship with God, go for it. Like salvation itself, it really doesn’t matter what you "feel" as much as it matters what you do.

Bravo to both of you for finding another way to reach out and touch our loving savior.

Thanks for posting this; it's a beautiful story. I appreciate reading the part about how Nikki didn't need to explain herself to her mother; lately I've been thinking a lot about keeping it simple.